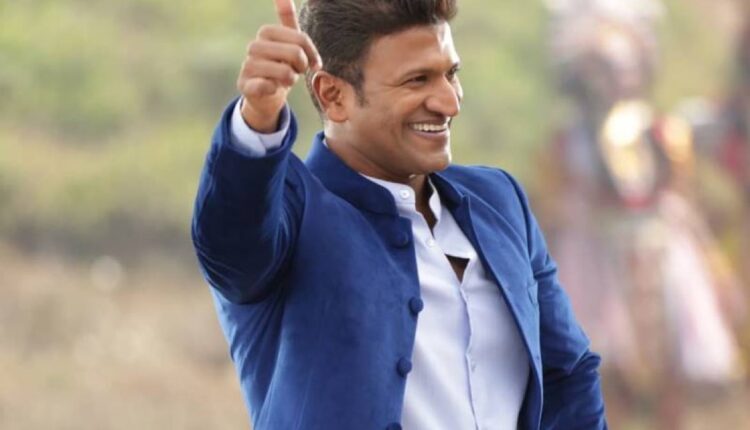 He was admitted to the Vikram Hospital in Bengaluru after he suffered heart attack earlier in the day.

A few hours ago, he had wished his brother Shiva Rajkumar and entire unit of ‘Bhajarangi 2’ for his newly released flick.

According to family sources, Puneeth suffered a heart attack while working out at a gym in the morning. Immediately he was rushed to the Vikram Hospital.

His condition was stated to be critical when he was admitted to the hospital. The efforts of doctors attending to the actor went in vain. He succumbed to cardiac arrest.

Source said that Puneeth’s health condition had deteriorated on Thursday evening. However, he had not consulted his doctor. Today morning, he went to the gym and complained of chest pain.

Initially, he was taken to a clinic where he underwent ECG. During medical check up, his condition worsened following which he was shifted to the Vikram Hospital for treatment.

Puneeth is survived by wife Ashwini and daughters Vanditha and Dhruthi.

Born on March 17, 1975, Puneeth was also a singer, television presenter and producer. He acted in more than 29 films and had also appeared in many films as a child artiste. He won the National Film Award for Best Child Artiste for his role in ‘Bettada Hoovu’. He made his debut in the Kannada film industry with the movie ‘Appu’ in 2002.