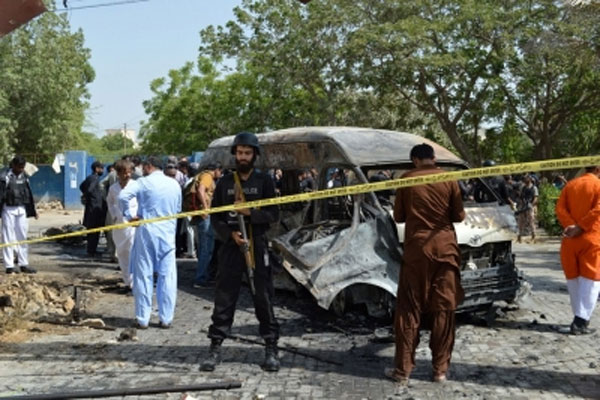 Karachi: Investigators have said the suicide bombing at the Karachi University Confucius Institute that killed three Chinese academics and their local van driver was aimed at sabotaging ties between Islamabad and Beijing, the media reported.

The Karachi Police’s Counter-Terrorism Department has registered a case on behalf of the state at the Mobina Town police station on murder and terrorism charges against two commanders of the outlawed Balochistan Liberation Army (BLA), Dawn news reported.

Officials believed that the motive of Tuesday’s attack was to sabotage Pakistan and China relations and they suspect the involvement of a foreign hostile agency.

She was married and had two children.

He said that her husband, Dr Haibatan, originally hailed from Kech, was currently doing a public health course at the Jinnah Postgraduate Medical Centre (JPMC) and was staying at a nearby five-star hotel.

However, his wife lived in Gulistan-i-Jauhar with her children.

He said that she and her husband had left their places a week before the attack and the husband’s whereabouts were not known. Raids were being carried out to find the husband and other facilitators, he said.

The CTD official also clarified that the suicide bomber was not a student of KU. He said she got all her education up to university level in Balochistan and later she was employed as a government schoolteacher.

The officer added that the outlawed BLA had claimed responsibility for the attack and shared details about the attacker on their social media platforms.

The complainant said through intelligence sources, he came to know that the banned BLA Majeed Brigade had claimed responsibility for the blast.

The SHO said BLA Majeed Brigade militant commanders Bashir Zaib and Rehman Gul and others were involved in the attack, Dawn reported.

The BLA wanted to undermine relations between Pakistan and China and get publicity for their outlawed outfit through terrorist acts, the FIR added.

Furthermore, there was a strong possibility that a hostile foreign agency was also involved in it, it said.