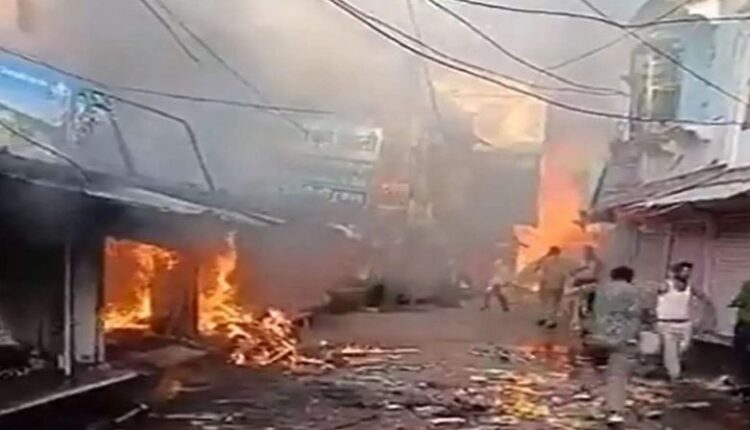 Karauli collector Rajendra Singh Shekhawat was changed 10 days after violence rocked the district in which many vehicles and shops were set ablaze. The violence occurred on April 2 when some people allegedly threw stones at a bike rally on the occasion of Hindu New Year.

Shekhawat has been transferred to Jaipur as commissioner of departmental inquiry. And, in his place Ankit Kumar Singh has been posted as the new district collector of Karauli.

Besides this change, IAS Tina Dabi’s fiancee Pradeep K. Gawande has been transferred from the Director of Archaeology and Museum to the post of Joint Secretary, Department of Higher Education. Tina Dabi and Pradeep K. Gawande are getting married this month. Recently, both of them made the information public about getting married. Tina Dabi is currently the Joint Secretary in the Finance Department.

Apart from Karauli, the district collectors of Banswara, Alwar, Pratapgarh and Jalore have also been changed. The divisional commissioners of Jaipur, Jodhpur and Bharatpur have also been transferred.

Nannumal Pahadia, who was caught in a controversy following the gang-rape of a minor deaf and dumb girl, has been transferred and replaced by Nishant Jain as Alwar Collector.

No hate speech against Muslim community at Delhi event: Police to SC

IPL 2022: How Dewald Brevis’ four sixes in an over brought Tendulkar, Jayawardene onto the pitch