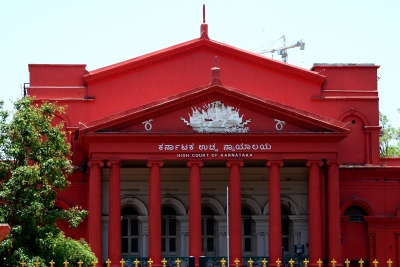 Bengaluru: Slamming Karnataka police for mediocre investigation in connection with the case of a husband who forced his wife to have unnatural sex, the High Court has ordered the cops to investigate the case and submit additional charge sheet.

The court directed the police to file additional charge sheet within 2 months and also asked the lower court not to proceed any further with the case.

The High Court has slammed the police department for investigating only dowry charges. The wife had filed complaint against her husband for forcing unnatural sex and sending obscene pictures to her father.

The bench headed by Justice M. Nagaprasanna gave the order on Tuesday. The bench took up the petition of the accused husband who appealed to the court to quash the dowry proceedings against him. The wife had also submitted a petition alleging that her complaint had not been investigated properly and sought direction for the police in this regard.

The accused from Bengaluru and the victim wife from Chhattisgarh fell in love while studying in IIT Bombay in 2013. They got married in 2015 while pursuing PhD.

They stayed in Bengaluru after marriage. Soon after the wife complained that her husband forced to have unnatural sex and went to her parents’ house in Chattisgarh.

She came back after accused assured her not to repeat the mistake. However, her husband did not mend his ways and was back to his old habits. Then, she once again went to her parents house in 2016.

She alleged that during this time, the accused sent private photos and vidoes to her father and threatened that he would make them viral.

He also sent photos to friends of her father. Following this, the victim lodged complaint in Chhattisgarh.

Raipur police lodged complaint under IPC Sections 498A (dowry), 377 (unnatural sex), Section 66(E), 67 of IT Act. Later, they transferred the case to Viveknagar police station in Bengaluru, which investigated only the dowry charges against the accused and submitted a charge sheet.

The court which took up petitions in connection with the case, said that Bengaluru police who investigated the case have dropped punishable charges under IPC Section 377 and IT Act from the complaint filed by the victim and registered by Chhattisgarh police.

The court also noted that the charge sheet submitted by the Bengaluru police does not mention reports regarding mobile phone of victim’s father which was sent to the Forensic Science Laboratory.

The investigation officer has not confiscated the phone of the accused husband to investigate Sections 66(E) and 67 of the IT Act. This shows the mediocre investigation by the police, the bench said.