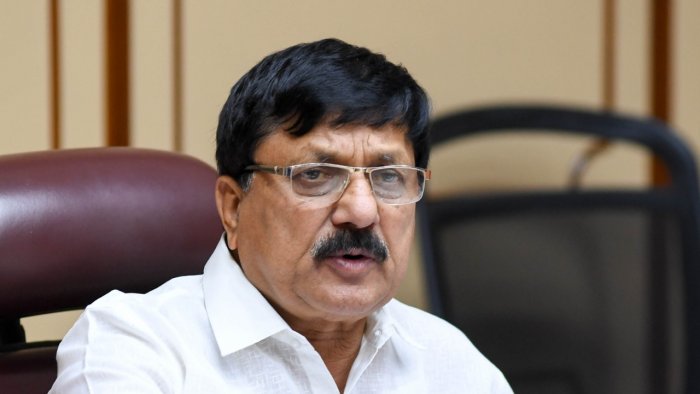 Bengaluru: In a shocking development, Karnataka Home Minister Araga Jnanendra, who had earlier said that a youth in the state capital was murdered for refusing to speak in Urdu, later backtracked and apologised for the statement.

The Home Minister’s statement coming at a time when the entire state is passing through a phase of unrest has been slammed. While the minister made the statements, Chief Minister Bommai, who was in New Delhi, said he was not aware of the situation.

Opposition leader Siddaramaiah demanded his resignation and former Chief Minister H.D. Kumaraswamy slammed him saying that he had stooped down to the level of carrying out politics in cases of murders also.

Chandru, 22, was murdered by a group of people in J.J. Nagar police station limits of Bengaluru on Tuesday midnight in a road rage case.

Home Minister Araga Jnanendra on Wednesday stated that Chandru was murdered beacuse he could not speak in Urdu with the accused persons. “The murder has been carried out for refusing to talk in Urdu and for insisting to talk in Kannada language. He was stabbed to death. The police have arrested a few persons and a hunt is on for other accused persons,” the Home Minister stated.

“This is a barbaric incident. After the quarrel, they suddenly stabbed and killed him. I have asked the police to initiate action,” he said.

However, soon after his statements, Jnandenra clarified that his statement on the murder of youth for refusing to speak Urdu was wrong. “I had spoken after receiving preliminary information. Police have given a detailed report. It is a case of road rage. My statement was wrong. As a Minister for Home, I will have to speak the truth. Road accident is the reason for the murder,” he said.

Lashing out on the statement of the Home Minister Araga Jnanendra, Opposition leader Siddaramaiah dubbed him as an inefficient minister. “He had given statements like this one in the murder case of Bajrang Dal activist Harsha and Mysuru gang-rape case also. He is not able to maintain the portfolio. It is unfortunate that such a person is our Home Minister,” he said.

“Initially,Jnanendra had stated that Harsha had criminal cases against him and later denied… In Mysuru gang rape case, he had said that why women should come out during odd hours to isolated places,” Siddaramaiah stated.

Former Chief Minister H.D. Kumaraswamy said, “He had used the word ‘Dalit’ instead of ‘Hindu’. This is a trivial statement. He has started to carryout political agenda in murders also in the state.”

Chief Minister Basavaraj Bommai during his New Delhi trip on Wednesday said that he was not aware of the statements of Home Minister Araga Jnanendra and would react after getting the information.

Police Commissioner Kamal Pant said that the incident took place on Tuesday midnight when the deceased Chandru was returning home with his friend Simon Raj on bike. The quarrel started with the accused Shahid after the bikes collided. Others joined the quarrel and Chandru was stabbed in the thigh. The miscreants escaped from the spot and Chandru succumbed to bleeding in the Victoria Hospital. Three persons have been arrested in this connection and further investigation is taken up, he said.

3 school girls mowed down by truck after being hit by car, one dead