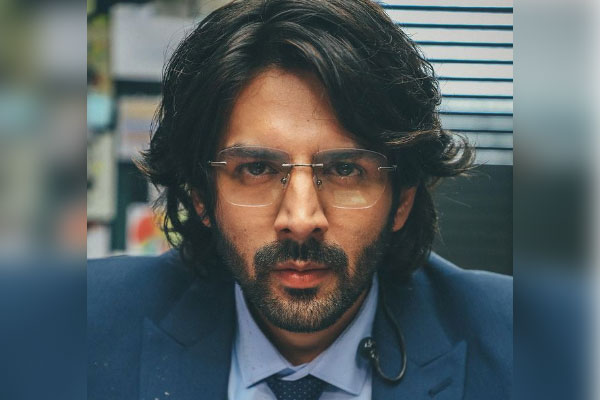 In the image, the actor wears an intense look defined by long wavy hair, reading glasses and a formal suit.

His shirt catches the eye as it has bloodstains on it. “Miliye #ArjunPathak se #Dhamaka,” Kartik captioned the image.

The film is directed by Ram Madhvani and is produced by Ronnie Screwvala and Madhvani along with co-producer Amita Madhvani. The film gives a bird’s eye view into the working of a news channel.

Kartik Aaryan tried the thriller genre with the film. He plays a journalist who covers the live broadcast of a terror attack in Mumbai.