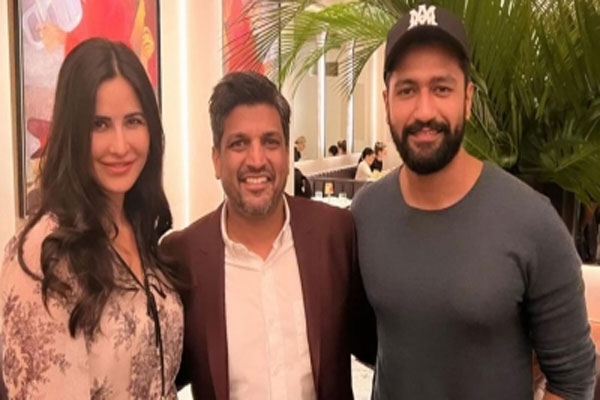 Katrina took to the story section on her Instagram as she shared a picture from the restaurant and called Sona a “home away from home.”

In the picture, Katrina can be seen wearing a beautiful floral peach coloured dress, while Vicky donned a charcoal grey t-shirt and a cap paired with black denims. The two posed with the restaurant co-owner Maneesh M Goyal. Katrina wrote on the picture, “Home away from home [email protected] loved the vibe – (heart emoticon) @priyankachopra as always everything you do is just amazing.”

Priyanka, who will star alongside Katrina in the Farhan Akhtar directorial, ‘Jee Le Zaraa’, reacted to the picture as she wrote in her story, “Love you honey! So glad you guys could make it. @sonanewyork welcomes you anytime�#homeawayfromhome.”

Vicky and Katrina got married on December 9 in the presence of close friends and family members, in a lavish ceremony in Rajasthan.

Talking about Priyanka’s restaurant, the Indian cuisine restaurant was opened in March 2021. It also has a private dining room named Mimi’s, which is Priyanka’s nickname given by her mother Madhu Chopra after the French actor Mimi Rogers.