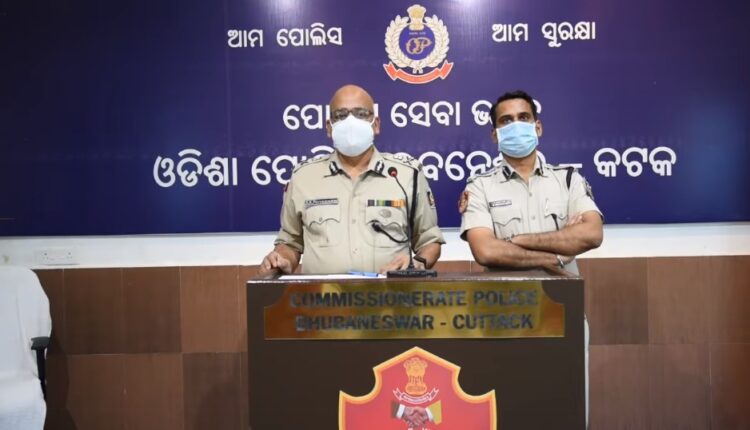 Bhubaneswar: The Commissionerate Police busted a robbers’ gang known as ‘Katuri’ gang and arrested its five members in Bhubaneswar.

The valuables including 19 gold chains and silver ornaments were seized from possession of the accused persons.

“The Commissionerate Police achieved success in busting the Katuri’ gang or ‘Pulsar’ gang that had created panic among residents in Twin City Bhubaneswar and Cuttack. A special squad of Commissionerate Police with help of Saheed Nagar Police and Khandagiri Police managed to apprehend five members of the gang,” informed Police Commissioner Saumyendra Kumar Priyadarsi today.

At a presser, he said that the ‘Katuri’ gang was active in past four months in Cuttack and Bhubaneswar. The gang members were especially targeting the morning walkers and passersby. They were attacking them with ‘Katuri’ (dagger) and fleeing the scenes with gold and silver jewelries.

The police seized 19 gold chains, 6.2 kg silver ornaments, Rs 13,600 cash from possession of the accused persons. Besides, a motorcycle (Pulsar), a scooter (Honda Activa) and the dagger used for crime were also recovered from them.

The gang was involved in 25 cases, of which 18 had been registered at different police stations in Bhubaneswar and remaining 7 in Cuttack.

Is Andhra Covid strain deadlier? This is what you must know