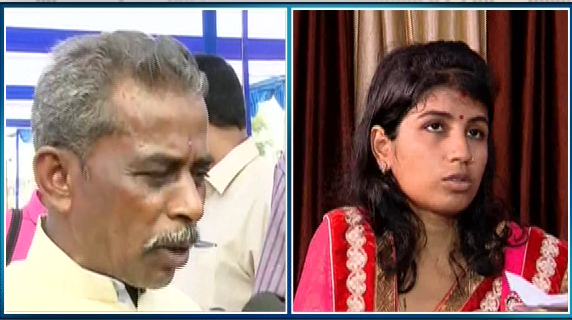 In a major setback to Champua’s sitting independent MLA Sanatan Mahakud, the Orissa High Court today rejected his plea to quash the FIR lodged against him by Kavita Mahakud, who claims to be his son’s wife.

The High Court ruled that since the matter was under investigation it cannot quash the FIR.

The High Court however, further ruled that Mahakud can make a fresh appeal with it if he felt aggrieved after filing of the charge sheet by the police.

Kavita claiming to be the wife of Pankaj Mahakud, son of Sanatan had lodged an FIR with the Mahila Police Station in Bhubaneswar.

Sanatan, his son Pankaj and his son-in-law Dinamani Barik had appeared before the Mahila Police in response to its notices to them in connection with Kavita’s FIR.

Notably, Kavita had on March 1 claimed herself to be the wife of Pankaj and filed a complaint of harassment against the Champua MLA and his son-in-law Dinabandhu Barik at the Mahila police station in Bhubaneswar. She had alleged that Sanatan Mahakud forcibly kept her husband Pankaj away from her and managed to get him married for second time. She also claims to have a daughter from Pankaj, with whom she had a love marriage.

Police had registered a case under sections 498A (Husband or relative of husband of a woman subjecting her to cruelty), 341 (Punishment for wrongful restraint), 506 (Punishment for criminal intimidation) and 34 (Acts done by several persons in furtherance of common intention) sections of the IPC against Mahakud and his son-in-law on the basis of the complaint lodged by Kavita.

Former bureaucrat Sunil Mishra pipped to be next CIC of Odisha

Four get 20-year RI for raping minor in Odisha