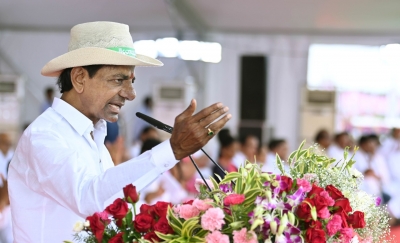 During a meeting with former Karnataka Chief Minister H.D. Kumaraswamy here on Sunday, the Telangana Rashtra Samithi (TRS) President stated that the formation of the national party and formulation of policies will soon take place.

KCR, as Rao is popularly known, has been holding discussions with intellectuals, economists, and experts from various fields to work out an alternative national agenda.

KCR told the Janata Dal-Secular leader that TRS party leaders from the village level, district, and state level Presidents and Secretaries are also adopting resolutions to float a national party.

Rs 1,800 crore to be spent for construction of Ram temple in Ayodhya