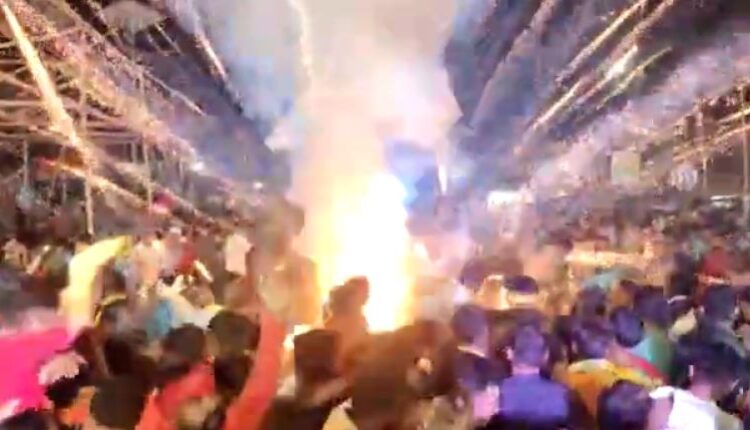 Cuttack: The toll in the Kendrapara fireworks mishap reached two as a youth succumbed to burn injuries at the SCB Medical College and Hospital here, last night.

The deceased has been identified as Pintu Khan (28). He was undergoing treatment in the ICU.

Earlier, a man who had participated in the fireworks competition died at the hospital.

Condition of several other victims at the hospital was stated to be critical.

Kendrapara Sadar Police have so far arrested three persons in connection with the accident. The three are members of various puja committees in Kendrapara.

A fireworks competition was underway during the procession, said Kendrapara Collector Amrit Ruturaj.

As per reports, the firecracker bursting competition was being held among different puja pandals. A spark from firework fell on a stock of firecrackers, which was to be used during the competition.

It resulted in a major explosion leaving the participants of the procession injured.