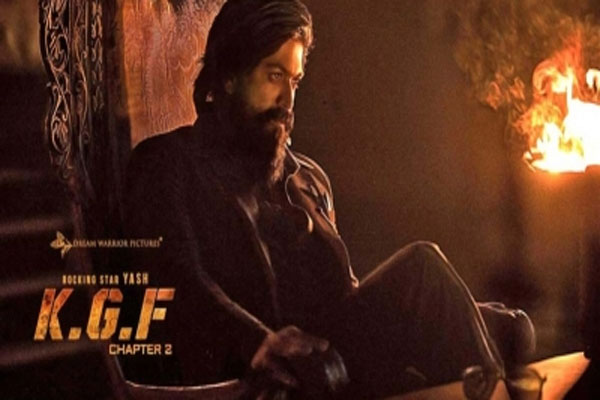 Hyderabad:With only a few days left over for the grand release of ‘KGF: Chapter 2’, the producers seem to be a bit worried about the ticket prices in the two Telugu states.

As the Yash-starrer doesn’t fall under the category of a regional movie in Andhra Pradesh and Telangana, the producers are not quite sure about the ticket prices.

The producers of ‘KGF 2’ are trying to have talks with the AP government for ticket price hike and have quoted that their film justifies the government’s condition for hike as it is a pan-India film and higher than the Rs 100 crore budget.

However, there is no clarity if the AP government applies the budget quote for a Kannada movie, yet.

On the other hand, the team is not yet sure about ticket prices or hikes in Telangana as well.

‘KGF 2’ is a pan-India Kannada movie, which is made on a massive budget. Looking at the buzz and craze around the ‘KGF’ franchise, the distributors have bought the film for record amounts, sources suggest.

So, to make reasonable profits in Andhra Pradesh and Telangana, the team needs to check on the current ticket prices in both the Telugu states.