Khandagiri flyover in Bhubaneswar to be ready by July this year 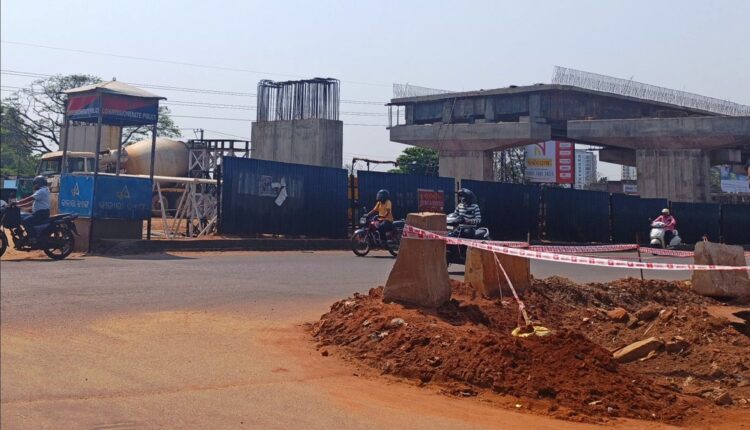 Bhubaneswar: Here’s good news for commuters passing through accident prone Khandagiri Square in Bhubaneswar as the ongoing flyover construction work on the National Highway-16 will be completed by July this year.

Around 70 percent work has been completed and the flyover will be ready for operation in four to five months, informed Ram Prasad Panda, Chief General Manager, NHAI Odisha.

Source said that the flyover, which was estimated to be completed by September 2020, delayed by 10 months due to Coronavirus pandemic.

The six-lane 2.230 km-flyover project had begun with an estimated cost of Rs 115 crore in June 2019. The NHAI had targeted to complete the construction work by September last year. However, the construction work was delayed due to COVID pandemic. With unlock process, the target was set for May 2021. It is estimated to be delayed by another two months again.

As major works have been completed, the flyover is expected to be functional by July this year.

The NHAI is carrying out the construction work of the flyover, which has 68 pillars and 66 spans. The flyover will have separate service roads to decongest the traffic.