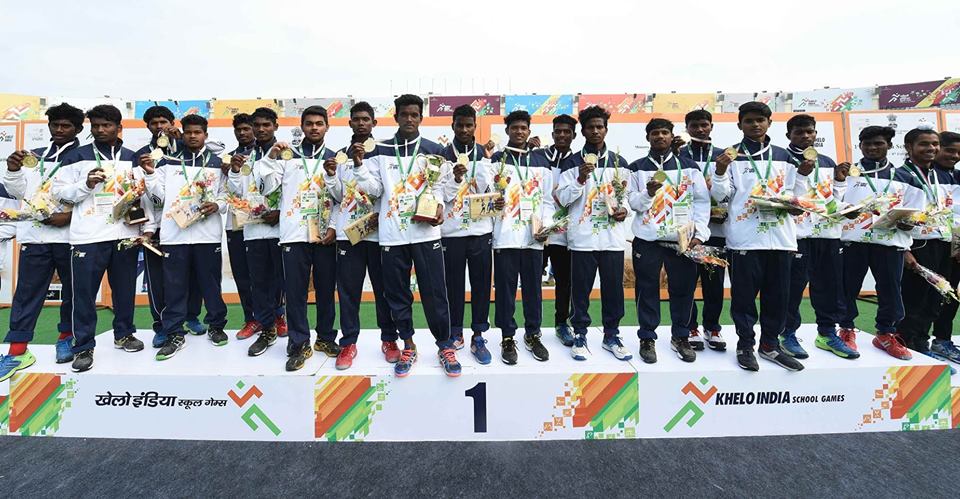 Earlier, Chandigarh routed Uttar Pradesh 5-1 in the contest for the bronze medal.

In the girls’ section, a goal in the dying moments by Anu helped Haryana pip Jharkhand 2-1 in the final.

Jharkhand struck first and led 1-0 at half time. But Haryana scored twice in the second half.

The Odisha boys, who had beaten Punjab 3-0 during the league stage, once again dominated their opponents in the final proving that their previous victory over their rivals was no fluke.

In fact, the final score line does not do justice to Odisha, who should have won by a much higher margin.

Odisha showed no sign of fatigue after having played a gruelling semi-final against Uttar Pradesh while Punjab, who had whipped Chandigarh in the other semi-final, had a tired look.

The fast moving Odisha boys started attacking the Punjab citadel from the very start giving their rivals no time to settle down.

Surprisingly, despite enjoying the upper hand most of the time, Odisha earned a breakthrough only a minute before the interval with Sushil Dhanwar scoring off a penalty corner.

Congratulations to the Odisha boy’s hockey team on winning gold by beating the strong Punjab team at #KheloIndia School Games. Our athletes & players have brought home nine medals. Congratulations & best wishes to winners along with the whole #Odisha contingent

Punjab tried to make their presence felt by launching furious attacks at the start of the second session. But Odisha not only foiled their efforts but increased the lead in the 41st minute when striker Sudeep Chirmako struck on the counter.

Punjab scored a consolation goal through Surdarshan Singh just before the final whistle.

In the play-off for third place, Chandigrah trounced Uttar Pradesh 5-1 after leading 2-1 at half time.

For the winners Arshdeep Singh and Sahibjeet Singh scored twice each while Harpanthpreet Singh got one goal. Ali Akhtar scored the only goal for Uttar Pradesh.