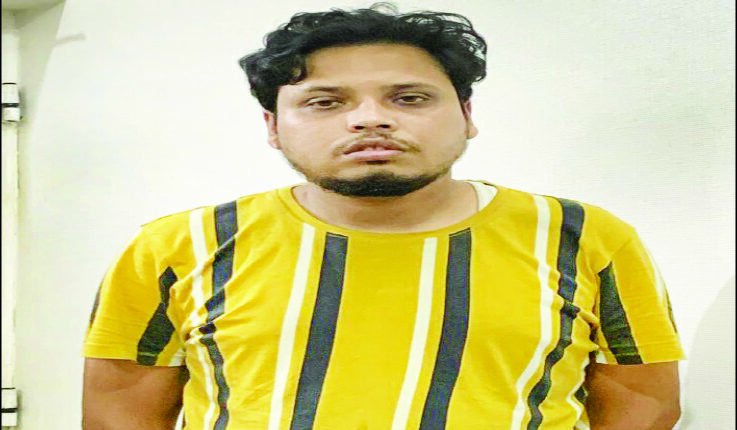 Bhubaneswar:  Busting a kidney racket that had been actively running in the state capital since long , the Commissionerate Police has arrested the kingpin who has duped many people of over Rs 10 crore so far through this illegal practice.

Yesterday, Nayapalli police arrested kingpin Himanshu Bhusan Nanda, a native of Pattamundai area in Kendrapada district, in connection with a case registered in 2019. As per the complaint, Nanda had duped one Pratap Chandra Mishra of Nayapalli area of Rs 5.50 lakh on the pretext of arranging a kidney for him.

Later,  the Nayapalli police produced him before court and appealed for a three-day remand of the kidney smuggler for interrogation.

After knowing Nanda’s arrest, one  Lily Sahu residing in Laxmisagar area lodged similar complaint against him at Laxmisagar police station yesterday . As per the complaint, the accused has taken Rs 1.19 lakh from the woman, a native of Angul district, by assuring to arrange a kidney donor for her.

From preliminary investigation, it is found that the kingpin was running  the racket from a shop ‘Sai Home Interior’ at Gudia Pokhari Chhak here. His agents inform him about patients seeking kidney donors. As court’s permission is required for kidney transplantation, the accused charges such gullible people huge amount of money on the pretext of getting them the court approval letter. Later, he prepares and gives a fake court approval letter to the victims and takes lakhs of rupees in return. In many cases, the patient dies after failing to avail a kidney.

Police said Nanda has duped many such people of over Rs 10 crore through this racket.  Meanwhile, both Nayapalli and Laxmisagar police have begun a manhunt to nab the agents of the racket.