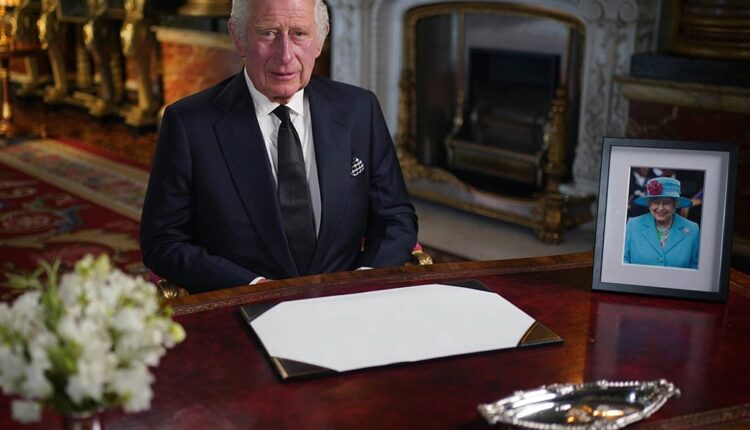 London: King Charles III has pledged “lifelong service” in his first address to the UK and the Commonwealth after assuming the throne following the death of his mother, Queen Elizabeth II.

The televised speech was broadcast on Friday as a service to remember the late Queen, attended by senior politicians and 2,000 members of the public, which took place at the St Paul’s Cathedral, the BBC reported.

Seventy years later, the UK saw the first official rendition of the national anthem, ‘God Save the King’, since Charles became monarch.

“Throughout her life, Her Majesty the Queen was an inspiration. Queen Elizabeth was a life well lived; a promise with destiny kept and she is mourned most deeply in her passing. That promise of lifelong service I renew to you all today.”

He said he felt “profound sorrow” over the death of his mother and that he shared the public’s “sense of loss beyond measure”, Xinhua news agency reported.

Charles, 73, will be officially proclaimed King at the Accession Council on Saturday in a ceremony held at St. James’s Palace in London.

Charles bestowed the titles of Prince and Princess of Wales on his eldest son William and daughter-in-law Kate — titles that he and his late wife Diana previously held.

He also expressed “love for Harry and Meghan as they continue to build their lives overseas”.

Speaking about his wife of 17 years, Camilla, 75, who becomes the Queen Consort, he said: “I know she will bring to the demands of her new role the steadfast devotion to duty on which I have come to rely so much.”

He acknowledged his life had now changed, saying: “It will no longer be possible for me to give so much of my time and energies to the charities and issues for which I care so deeply.

“But I know this important work will go on in the trusted hands of others.”

Looking ahead to the Queen’s funeral, the King expressed his hope that despite the sorrow felt around the nation and Commonwealth people would “remember and draw strength from the light of her example”.

He concluded: “And to my darling Mama, as you begin your last great journey to join my dear late Papa, I want simply to say this: thank you.

“Thank you for your love and devotion to our family and to the family of nations you have served so diligently all these years. May ‘flights of Angels sing thee to thy rest’.”