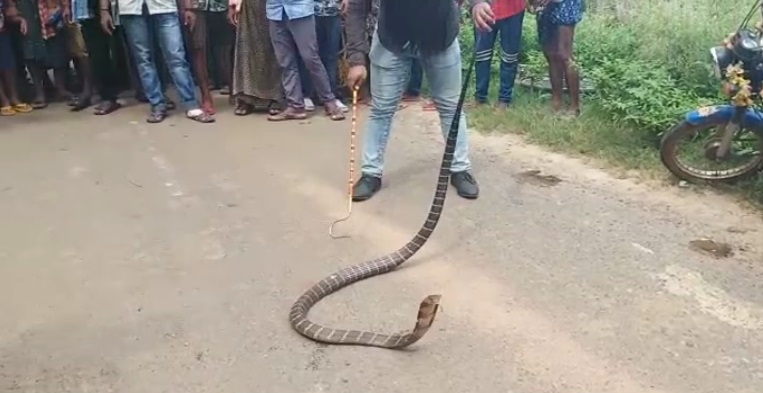 Berhampur: An eight-feet-long King Cobra was rescued at Pancha Amba village under Patrapur block of Odisha’s Ganjam district on Saturday.

The poisonous snake was spotted by some locals while they were taking bath in a village pond yesterday. The panicked the villagers informed the snake helpline, Berhampur, to rescue it.

On receiving information, Berhampur Snake Helpline member Tara Prasad Das along with his associates reached the spot. During the period, the King Cobra climbed a tree near the pond. After long efforts, the snake helpline members failed to catch the reptile. Later, the locals cut down the tree. After two-hour of operation, the snake was finally rescued and released into a forest.