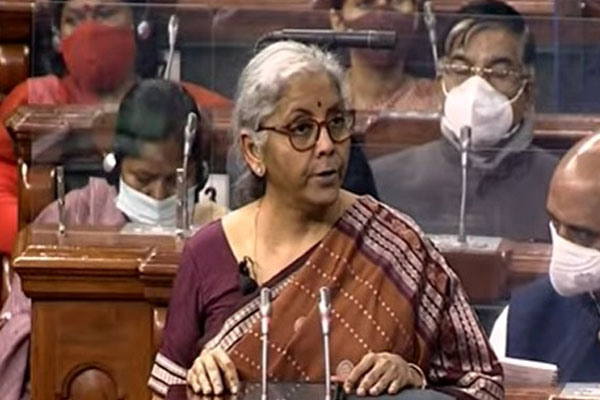 “Use of Kisan Drones for crop assessments, land records, spraying of insecticides, are expected to drive a wave of technology in the Agriculture and farming sector,” the Finance Minister said as she read out Budget 2022-23 provisions.

DPRS, the detailed project reports, for other five similar river interlinking projects are too being readied.

The government will also provide a comprehensive package for participation of state governments & MSMEs to be introduced for the farmers to adopt to natural farming, she said.

Inclusive development is the government’s priority, which includes farmers for Paddy, Kharif & Rabi crops, under which 1,000 lakh metric tonnes (LMT) paddy is expected to be procured benefiting over one crore farmers, the Finance Minister said.

Natural farming will be promoted along the Ganga corridor, the Finance Minister said. It is aimed at reducing the use of fertilizer which pollutes the groundwater and also flows towards the Ganges.

The implementation of the Ken-Betwa link worth Rs 44,605 crore will be taken up for providing irrigation of over 9 lakh hectares of farmers’ land providing farming & livelihood facilities to farmers & local population, she said.

It will provide drinking water to 62 lakh people, there will be 103 MW of hydro power, she said, adding, “This year we have allotted Rs 1,400 crore.”

60 lakh jobs may be generated under PLI scheme in the next 5 years: Nirmala Sitharaman