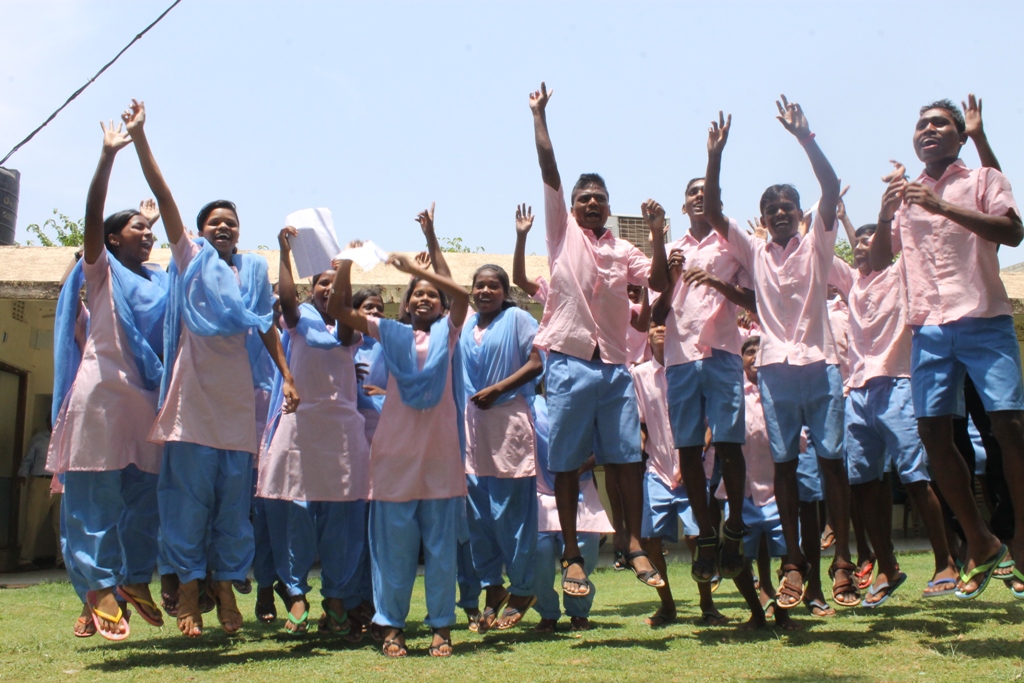 Kalinga Institute of Social Sciences (KISS) has posted 98 percent result in the 10th Board Examination conducted by the Board of Secondary Education (BSE), Odisha. Result of the examination was declared today.

As many as 1350 students from the school wing of the Institute appeared the examination, which is the highest number in the country from a single school. Despite being a tribal institute, KISS has been achieving excellent result in the 10th Board Examination since 2000. Over 350 students secured 60% or more marks, with girls outshining boys, in general.

Visiting tribal school in Odisha capital is like pilgrimage:…

For 18 long years in a row, from 2000 to 2017, KISS students have been achieving near 100% pass result in this examination. This is an extraordinary and historical achievement for tribal students, said parents of the successful students and leaders of tribal community. Many students of various primitive tribal groups are among those who were successful in the examination in the year 2000, only 8 students had appeared the Matric examination. This number has swelled to 1350 in 2017. This year, tribal students from all 30 districts of Odisha as well as student from neighbouring States like Jharkhand appeared the examination.

It is a rare feat to educate and groom tribal students from remote areas of the State and enable them to excel in the 10th Board examination every year, opined intellectuals. Expressing satisfaction over the result, Prof. Achyuta Samanta, Founder, KIIT & KISS said that continued success of KISS students year after year has been possible only due to the blessings of God, continuous effort of teachers, staff and hard labour of students of KISS.

KISS Alumni Association congratulates the students for their stupendous success in Matric Examination 2017. KISS Alumni Association President Haraprasad Hepruka and Secretary Sanjib Kishan said, for 18 long years a row, from 2000 to 2017 KISS students have been achieving near 100% pass result in this examination. This is a matter of pride for our tribal & primitive tribal students and will remain an important milestone. They also thanked teachers and staff of KISS for providing the best care and guidance to us. They also expressed their sincere gratitude to Dr. Achyuta Samanta, Founder of KISS for his dedication and sincere work for more than 25 years to empower the tribal children through education.

Form fill up for Odisha HSC exam 2018 from today