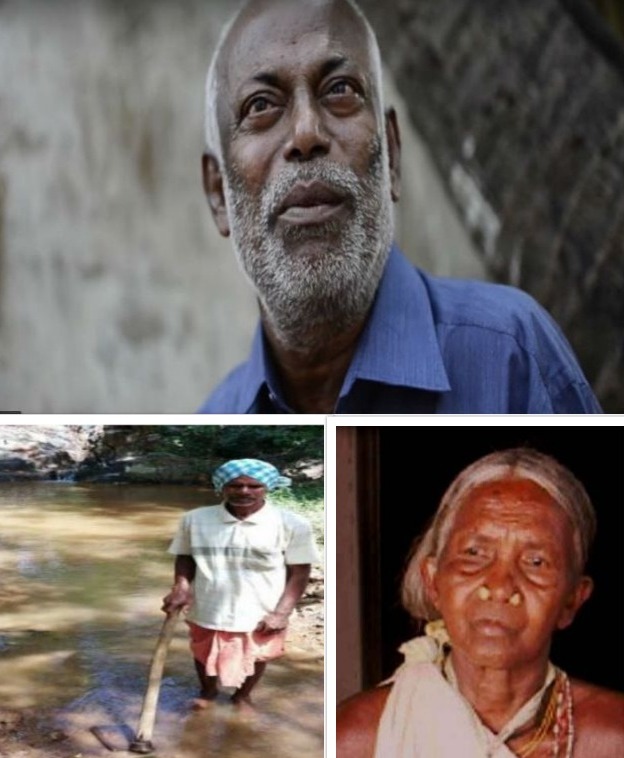 Bhubaneswar: Three from Odisha have been figured in the list of Padma Shri awards for this year.

The President of India has approved the conferment of 112 Padma awards including 94 Padma Shri awards for this year on eve of Republic Day.

While nobody was nominated for the prestigious Padma Bhushan and Padma Vibhushan awards for this year from Odisha, three from the State have made it to the list of Padma Shri awards.

Here’re the profiles of Odisha’s three living legends acknowledged by the Union government for the Padma Awards.

A man, who struggled to construct a canal through the hills, is now a much-talked personality across Odisha after he was selected for the Padma Shri award. Hailing from a remote village under Bansapal block in Keonjhar district, Daitari is known as the ‘Mountain Man’ of Baitarani village. He came to fore in media after he carved out about a 4-kilometer-long canal in a stream by breaking rocks to irrigate his cultivated land.

A tribal woman from Koraput district in Odisha is known for promoting organic farming. Without having any basic education, Kamala has managed to preserve 100 types of paddy till the date.

Popularly known as D Prakash Rao, is an unsung hero but continues to serve people with his little earning. He was first acknowledged by the Prime Minister Narendra Modi in his Mann Ki Baat, a popular radio show, last year. He is a tea seller by profession living in a slum cluster near Buxi Bazaar area in Cuttack city.

Prakash Rao has set an example for many who dream to do something good for society and to serve mankind. He is the familiar face in Cuttack for his social works. He helps the slum children to get the education. Realising about the importance of primary education for a child, he has opened a small school (that offers education from class I to V standard) in his slum to provide free education. He has hired a teacher and the entire cost comes from his tea stall earnings.