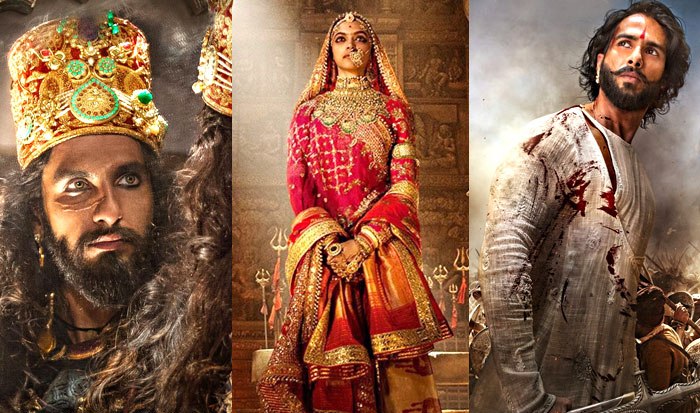 Bhubaneswar: It is still too early to say if the controversies and chaos surrounding ‘Padmaavat’ have died following its release on January 25. Notwithstanding the delay, the threats and attacks created enough buzz about the period film and the curiosity to know what the fuss was all about had people make a beeline for the nearest theatre in Odisha capital.

The response to the film has been mixed with some appreciating Sanjay Leela Bhansali’s magnum opus while other accusing the filmmakers of creating unnecessary controversy for commercial gain. Odisha Sun Times has compiled some reactions of city denizens.

Amazed by the cinematography, Debasish Barik said the movie had splendid graphics and breathtaking visuals. “The climax, in fact, gave me goosebumps. It doesn’t let the audience take their eyes off the screen. The storyline of the film is pretty straightforward but the characters are compelling enough to drag the audience totally into the film and the characters,” he said.

Shyam Mohapatra said he couldn’t find a reason for the censor board to change the movie title from Padmavati to Padmaavat. He said, “It was a biased decision. All this vandalism for a historical story that these Karni Sena themselves haven’t read. Such a shame! Padmavat is a wonderful movie.”

Applauding the performances of Ranveer Singh and Deepika Padukone, Nandadyuti Acharya said that the movie still couldn’t create that strong an impact.

Photographer Boon Patnaik felt that the movie didn’t deserve the amount of hatred it received. “Padmaavat is a movie which Bollywood should be proud of. The acting of Deepika, Ranveer and Shahid is way above league. And as I always say when it comes to composition, Sanjay Leela Bhansali is a legend,” he opined.

With all the love and appreciation, there also are some disappointed viewers. According to Jai Debata it’s a poorly-crafted film. “In fact I noticed a collective disappointment from technicalities – editing, cinematography and music! After half a dozen severed heads you realize soon enough the movie is made out of recycled props and discarded writing from Bhansali’s previous two films,” he said.

Let down by the controversies and the movie, Bhanu Pratap said, “I respect freedom of speech and expression of every individual. This basic right is the very foundation of our vibrant democracy. But I oppose the use of the right to freedom of speech and expression to create controversy to ripe commercial benefits. Sanjay Leela Bhansali has done the same. He filmed dream scene to create controversy and have gotten undue publicity and he later removed it.”

The controversies may have given the film a good start, but to retain the hype it now has to depend on the content, direction and character portrayal by its lead actors.

BJP candidate for Odisha’s Bijepur bypoll to be announced within one or two days: Sarangi

‘Padmaavat’ to release worldwide on January 25,…