Know where urban parkway will come up in Odisha capital 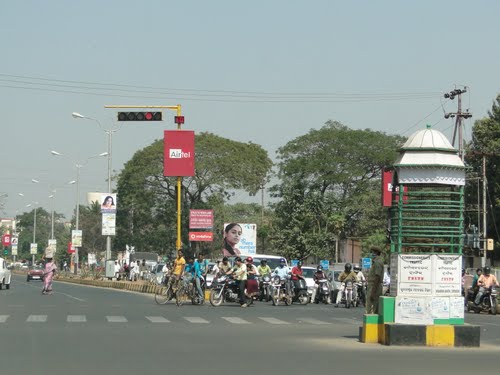 Bhubaneswar: If everything goes as planned, Sachivalay Marg, a prominent landmark in the city connecting Airport and Acharya Vihar Square in Odisha capital, will soon flaunt well-planned roads and streets.

Plans are afoot to convert it into an unique ‘Urban Parkway’ with space for pedestrians, cyclists, motor vehicles and footpaths shaded with ample trees.

“In line with the Street Design Guidelines developed by the city, the proposed design of Sachivalaya Marg, from Airport Square to Acharya Vihar Square, is envisaged to be a complete street with equitable road space for all users such as pedestrians, cyclists and motor vehicles,” said an official.

This redeveloped street will bring in a new experience for pedestrians, especially kids, as it will have play areas, activity zones and wider footpaths. “Most of the existing trees will be retained during the redevelopment process,” the official further said.

Some of the provisions made under this plan are: Consistent motorable space of six lanes for efficient traffic flow, service lanes near institutions and offices to avoid obstructions on the main travel lanes, raised table top crossings for safer road crossings for pedestrians, multiple bus stop on the redeveloped streets to ensure easy access to public transport, and creating appropriate parking zones with public conveyance facilities. It will be an adoption of eco-friendly road construction technology.

“The connecting streets which will also undergo redevelopment with Sachivalaya Marg include Udyan Marg, Rajpath, Mahatma Gandhi Marg, Madhusudan Marg and Baya Baba road, all of which connect the Sachivalay Marg to Janpath,” the official said.

Each street will be developed with context-specific requirements. “The busy Mahatma Gandhi Marg will be beautified with pedestrian-friendly plazas and AG Square and Rajpath will have design interventions for improving traffic flow along the street,” the official added.

Various smart features and components such as LED street lights, e-vehicle charging points, video surveillance system etc. has been incorporated in this design prepared by Bhubaneswar Development Authority (BDA) through its Bhubaneswar Urban Knowledge Centre (BUKC). It has been done in consultation with Public Works Department, which is also redeveloping the street.