Know who will unfurl tricolour where on Republic Day in Odisha 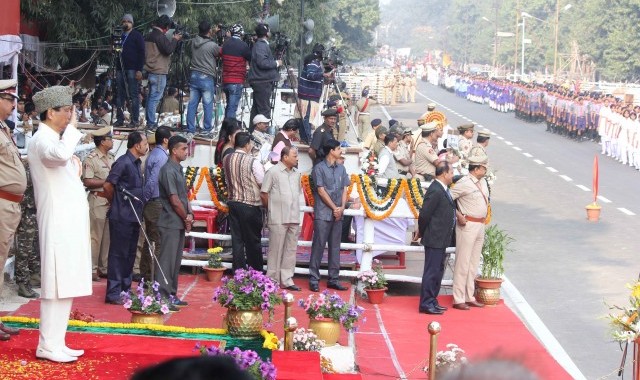 Bhubaneswar: Only five days remained to witness huge crowd filled in patriotism in hearts on the major roads or grounds across the state on the occasion of Republic Day on January 26.

The government machinery is equally busy in distribution of passes to the PRESS, VVIPs and other dignitaries, who will witness the National Flag hoisting ceremony and parade conducted by the school and college students, police, battalions, home guards and volunteers.

The administration is well prepared to make the auspicious event successful.

Governor SC Jamir and Chief Minister Naveen Patnaik are scheduled to unfurl the tricolour and receive salutes during parade on Republic Day at Lower PMG in Bhubaneswar and Barabati Stadium in Cuttack respectively.

Besides, 18 ministers will unfurl the National Flag in 18 district headquarters and RDC in two places and the collectors in their respective districts.

Here is the list of ministers with assigned districts, where they will unfurl the National Flag.

Similarly, Southern Division RDC, Northern Division RDC will unfurl the tricolour in Berhampur and Rourkela respectively. In rest of the districts, the collectors have been assigned to unfurl the tricolour in their respective districts in Boudh, Balangir, Deogarh, Gajapati, Jagatsinghpur, Jharsuguda, Kendrapara, Khordha, Koraput, Nuapada and Nabarangpur.

Republic Day 2021: Know who will unfurl National Flag where…