‘Know Your Police’: Odisha students get first-hand knowledge on policing 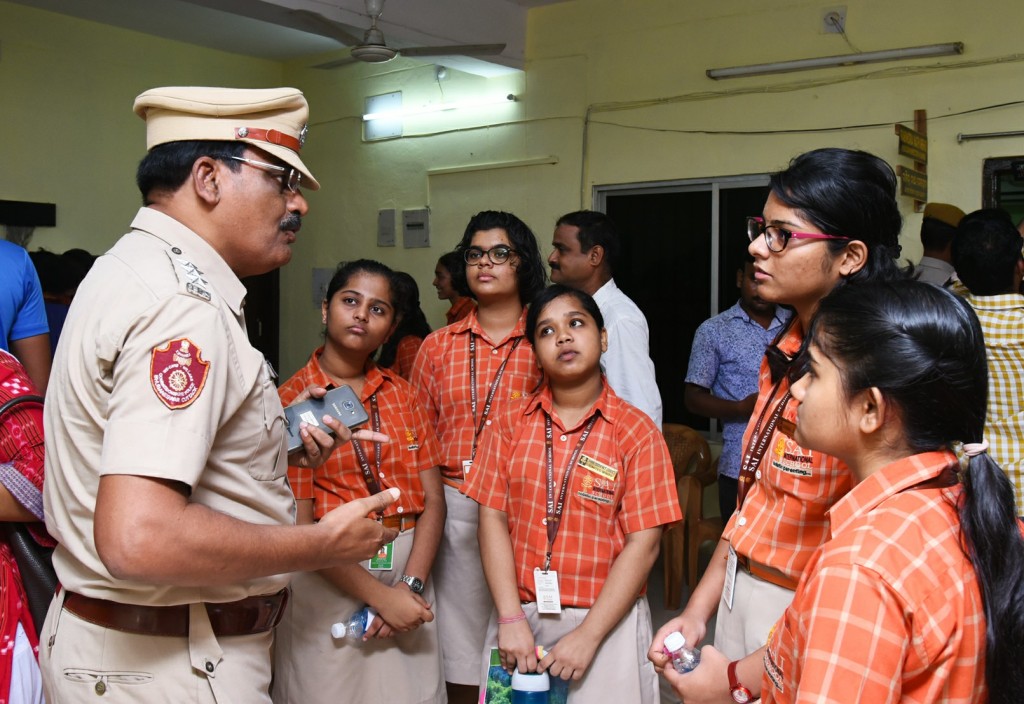 Bhubaneswar: “We are no less than Scotland Yard,” said Twin City Police Commissioner Satyajit Mohanty, while replying to one of the queries of the students who asked, ‘Can our police ever match the Scotland Yard or other effective police system of the west?’

The newly-appointed top cop said that the Commissionerate has already initiated a user-friendly desk where people need not visit the police station several times to lodge complaints and have started the process to soon adopt the various best practices from across the globe.

Mohanty briefed the students on the role, responsibility and objectives of being a policeman. He outlined the organisational structure of the Police Commissionerate, its strength, and a statistical picture of the crime rate in the country and State. He also spoke about their involvement with Global Red Cross Movement and detailed on the various trainings taken by different levels of police.

Students had a marvellous time visiting the various department of the police station. They got to know the procedure to file a FIR, visited the VHF Record Room, got to see how signals are sent, had a glimpse of the ammunition room, saw the Malkhana which houses the various seized products, and finally, the lock up rooms. Each of the man in uniform patiently answered the queries of the students and guided them on the processes followed in the police station.

Chairman of SAI International School Dr. Bijoy K Sahoo congratulated the police department for the great initiative and suggested to initiate a student-police connect starting from the school, to train students in lines of a police officer as it is done for National Cadet Corps.

In a bid to sensitise school children on police department and help them to wipe away the fear for police from their mind, the Police Commissionerate has initiated the ‘Know your Police’ campaign. School students are invited to get a guided tour of their nearby police station and gain a first-hand knowledge on policing. They are also encouraged to ask questions and briefed on penal provisions and made familiar to terms like station dairy, FIR, charge-sheet, final report and court trial.

Bear rescued from a well in Odisha village