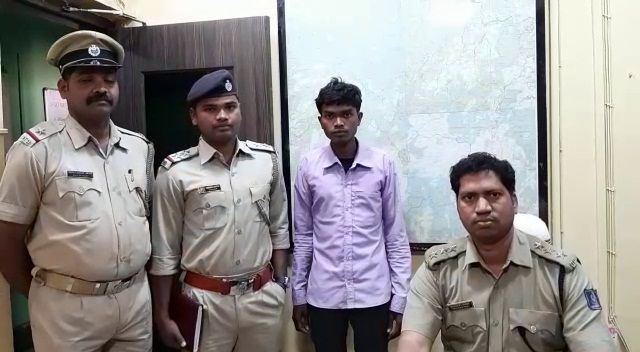 Rourkela: One more accused was arrested in connection with a sensational murder of a woman and her four children in Koira area in Sundergarh district last week.

The accused person was identified as Solen, aged between 20-25 years, a resident of Ghagarbeda in Mayurbhanj district.

The Koira police nabbed the accused from his village Ghagarbeda.

Solen is the associate of Raju Munda, one of the key accused in the case. He confessed that he was present during the crime on Jan 25. However, he said that he had no intention to be part of the crime.

“I was not aware of murder plan. When I was at home Raju Munda had called me to come with Salu. We three consumed ‘handia’ (an alcoholic beverage made from rice) Rugurisahi near Khandwa area and advanced towards Indupur village. When I asked Raju the reason to visit the place, he told me on the way that we are going to kill a woman. Describing her as a ‘witch’, he said that she had killed his niece (sister’s daughter). When I denied going there, Raju assured me to handle the matter,” said Solen.

The accused also narrated the scene how his associates brutally killed the woman Kuni Munda and her four innocent children including a 10-month-old baby on January 25 night.

“Raju Munda barged into the house and attacked the woman with an iron bar (used for digging soil) and her four children with the same weapon. They fell unconscious following which Raju and three others dragged the woman and her children out of the house. However, a little baby was alive. Finding the child alive, they hit him on a tree following which he died. They kept the woman and her children at one place and Raju Munda crushed them to death with a big rock. We later went to call Raju’s brother-in-law, who suggested us to dispose the body into the well,” he added.

According to reports, sorcery was the chief reason behind the mass killing of a family.

The prime accused Raju Munda had confessed to the crime saying they killed the four following instruction of their sisters and the sorcerer.

Notably, Kuni Munda of Indupur village and her four children aged below 10 years were found dead on Jan 26 morning under mysterious circumstances. They were dumped in a well adjacent to the house.

When the woman’s husband Sidia Munda reached the house late in the morning, he found blood stains on the floors and the bodies inside the well.