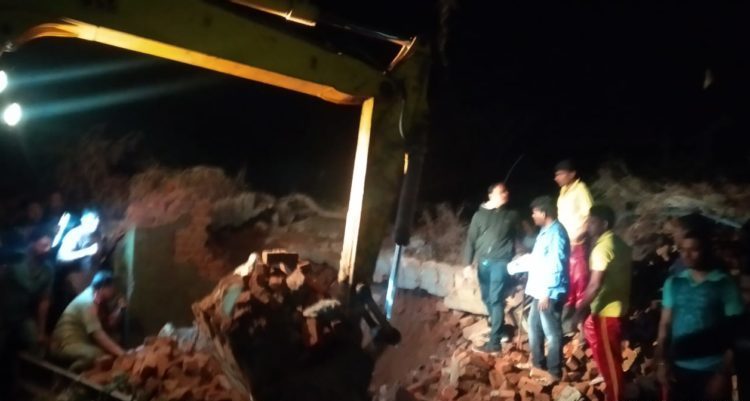 Koraput: A boy, who was rescued from debris after an abandoned building in Koraput district collapsed yesterday, died while undergoing treatment today.

The victim succumbed to his injuries at the District Headquarters Hospital (DHH) in the wee hours following rescue.

He was among three family members trapped under the debris.

The mishap took place at Bariniput village under Sadar police limits in Jeypore on Friday evening when five members of the family were present near the building. While two of them were saved in the incident, three were trapped under the debris.

On receiving information, a major operation was launched by the state fire services, ODRAF and Koraput police to rescue the victims.

The personnel took more time to rescue the boy as he was trapped under the massive wreckage.

All the victims were rushed to the hospital for treatment last night. However, the doctors failed to save the boy’s life.