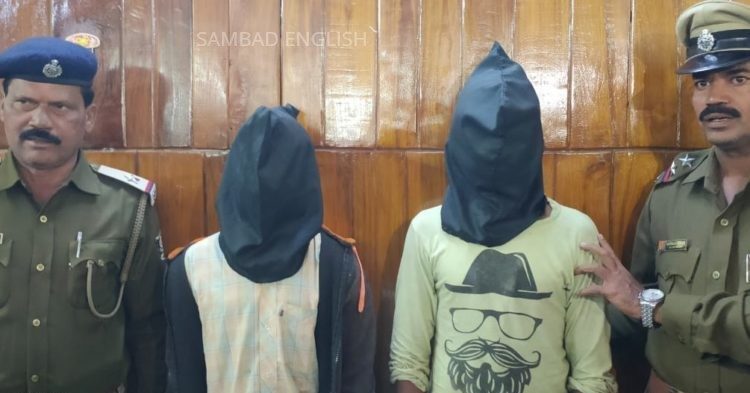 Nabarangpur: Reason behind the death of a minor girl in Kosagumuda area of Odisha’s Nabarangpur district came to fore as SP Nitin Kusalkar Dagdu at a presser here today said that the deceased was murdered by two youths after she rejected marriage proposal of one of them.

The two accused, identified as Khadi Bhatra and Bali Majhi, have been arrested. The girl had rejected Bhatra’s marriage proposal and slapped him. In order to avenge the humiliation, Bhatra hatched a plan with Majhi and killed the girl by strangling her, the SP said.

Post-mortem report revealed that the girl was not raped as alleged by her family members, the police official said, adding that the accused duo will be forwarded to court tomorrow.

Notably, the girl had on December 13 evening gone out of her house to attend nature’s call. When she did not return, the girl’s parents started searching but failed to trace her. Next morning, some villagers spotted the girl’s body and informed her family. Her body bore multiple injury marks and police had found two jeans trousers from the spot.

The incident had created uproar in the district as members of Christian Samaj of Kosagumuda dismissed the post-mortem report and threatened of hitting the streets if the victim’s family does not get justice by January 4. Her family members had alleged that she was raped and murdered.