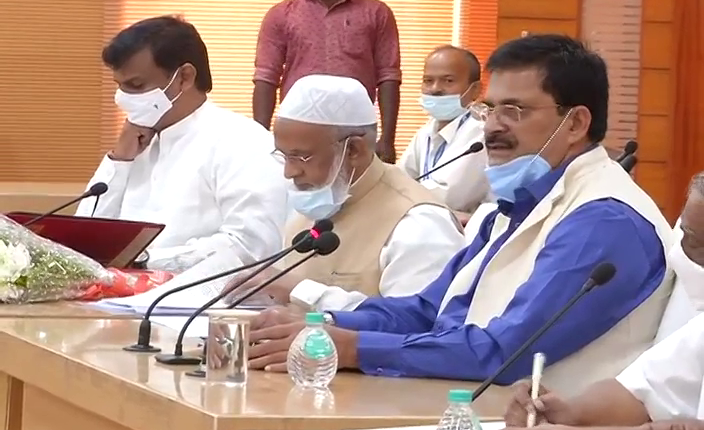 Bhubaneswar: The ongoing inter-state dispute over jurisdiction of many villages in Kotia panchayat on Andhra Pradesh and Odisha border will be resolved through discussions between the governments of both the States.

He informed the Andhra delegation about jurisdiction dispute of Kotia panchayat under Pottangi block in Koraput district where the people have been facing identity crisis since decades. He personally appealed to Andhra Government through the delegation to sort out the grave situation.

Around 80 lakh Telugu people are residing in these districts. Even as teacher training centre has been set up in theses districts, language teachers could not be appointed due to technical snag. Similarly, there are many Odia people in Srikakulam and Vizianagaram in Andhra Pradesh. Around 4,000 children are studying in the neighbouring State where they face same situation in schools. Total 230 Odia schools are in Andhra Pradesh where 130 Odia teachers are yet to be appointed.

Sharriff assured Dash that the Andhra Government will take care of Odia students in his State.

“I am confident that all the issues between two States will be resolved,” Shariff said after the meeting.

“The discussion was held on students issues of both the States. Before the discussion, the Andhra Pradesh delegation had visited many districts to review the ground level situation. The discussion will continue further,” Dash told media.

Schools in Odisha asked to clean their campus, infra