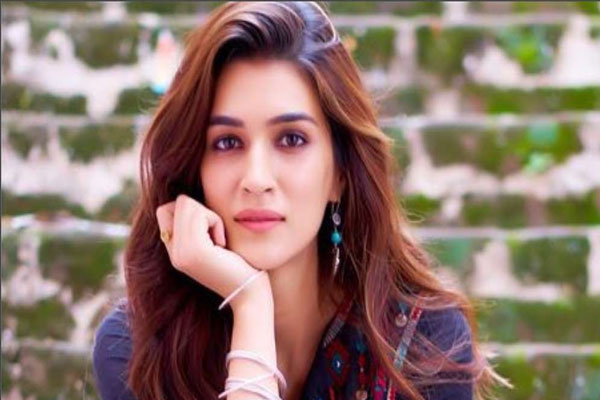 Mumbai: Actress Kriti Sanon is the “outsider” in Bollywood who changed the game for herself without a bloodline or godfather. She is glad that people believed in her.

Right from her first film, the actress has only worked in projects that are either backed by big production houses, have a good script or are studded with big names. She feels that while she took baby steps as she navigated her way in the industry, her patience has paid off.

The actress talks about how her life changed when she had moved from suburban Delhi to Mumbai’s glamour world.

“I took baby steps. I was not running very fast,” says Kriti, and she continues: “When you come into the industry, there is not so much that you know. You have a set of managers and agencies that tell you what is good and what is not. I have always been very opinionated, to an extend that sometimes my managers have gotten irritated because I have a strong mind and I end up not listening to them.”

The actress, who started her career with “Heropanti” in 2014, reveals that while there was a lot of nervousness in her before the big debut happened, she now knows that the dilemma will always resurface before every release.

She adds: “Even when I did my first film, there was a lot of restlessness before release. I was in a new city, had done B-tech and was coming to a city where I didn’t know anybody. It does get restless and insecure on whether it will happen or not. At that time, it’s important that to find one or two people, like I did with my agency, who believe in you. They told me to wait and not be in a hurry because the first film is very important. My patience paid off.”

The actress believes that “with every film, there is a dilemma because you don’t know how it will do.”

For her second film, Kriti bagged Rohit Shetty’s “Dilwale”, which was led by Shah Rukh Khan and Kajol, and brought Kriti and Varun Dhawan together. While she says that saying yes to the film was a “no-brainer” due to the names associated with it, post its success Kriti’s eagerness to prove herself increased.

“Post ‘Dilwale’, after a point, I was craving to act but I was not getting that space. I am very ambitious as a person, I am very hungry as an actor. I am always driven and I want to do more. I am greedy that way,” she says.

“Raabta” gave her the creative satisfaction she was yearning.

“When I got ‘Raabta’, I felt that I really got a platform to explore a character. I went through workshops for the first time and I realised that I enjoyed it a lot. So, from loving, being in front of the camera to actually falling in love with the craft, was a process for me. I eventually realised my method of acting, what works or doesn’t work for me. Little things made me grow as an actor. For instance, initially, when you start acting you have a tendency of saying dialogue to dialogue and then someone tells you to just break that pattern and talk and not say just the dialogue (on paper),” she says.

Kriti added more films to her slate post “Raabta” and is now awaiting the release of “Mimi” and “Bachchan Pandey”. She has also kickstarted the shoot of her upcoming film “Bhediya”, which pairs her with Varun again.

Isabelle Kaif: Katrina told me one can’t be liked by all