Kriti Sanon reminisces about her role, action sequence in ‘Panipat’ 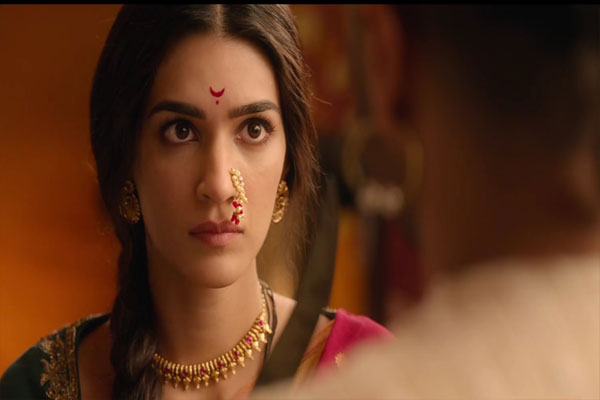 Mumbai: Filmmaker Ashutosh Gowariker’s film Panipat was released one year ago on this day. Kriti Sanon, who played the role of Parvati Bai in the movie, has talked about her character and recalled about her fight sequence from the film.

Kriti posted two videos from the film on Instagram. She shared the stills from her fight sequence in the movie.

For the caption, she chose her dialogue from the film. She wrote: “All i could think of while doing this sequence was: Duvidha ke aage, Jab naari jaage, Himmat se kaam le.

She added: “P.S. All the kilos of “mitti” that went into my mouth while shooting this sequence was all worth ita” Swipe left to see Why!#1YearOfPanipat.”

Gowariker too wrote about the film on the occasion of its one year anniversary.

“On this Celebration Day of #OneYearOfPanipat I’d like to once again thank the CAST & CREW for all their hard work, passion & talent poured in the making of the film! A big shout of gratitude to the MEDIA for their appreciation and support! And a warm thank you to the AUDIENCES!”

The epic war drama, which also stars Sanjay Dutt. The movie depicts the events that took place during the Third Battle of Panipat.