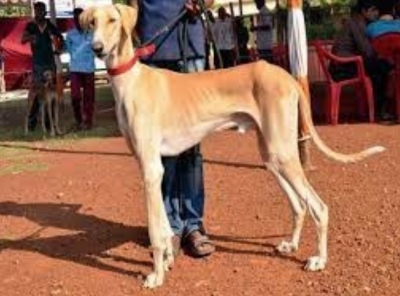 A team of SPG comprising two doctors and soldiers had visited the Canine Research and Information Center, (Mudhol hound), Timmapur, (CRIC) and taken two male puppies from there on April 25. Mudhol hounds are the first ‘desi’ (indigenous) breed in PM Modi’s SPG squad.

The development came to light lately. Sources said that Dr B.N. Panchabuddhe and the trainers team had contacted Bagalkot district administration and Superintendent of Police office from New Delhi after which the process was facilitated, sources said.

The two two-month-old puppies have already started training. First they will undergo four months of training and later rigorous coaching will be given, sources stated.

Considering the sensitivity of the matter, the authorities had remained tight-lipped about it. PM Modi had discussed Karnataka’s Mudhol Hound breed of canines, which have international reputation and recognition for their predatory skills as well as looks. He had stated that if this breed is reared at home there would be encouragement to Indian breed and it is necessary for building atmanirbharta and self-reliant India.

Mudhol hound dogs have been used by predators since the times of kings. Lean and tall structured and tiny heads are the special character of this breed. Predators preferred this breed for its capacity to run long distances without getting tired and special sniffing capacity.

These dogs grow up to 72 centimeters and weigh between 20 to 22 kilograms.

In Pics: Glimpses of Atal Bridge inaugurated by Prime…