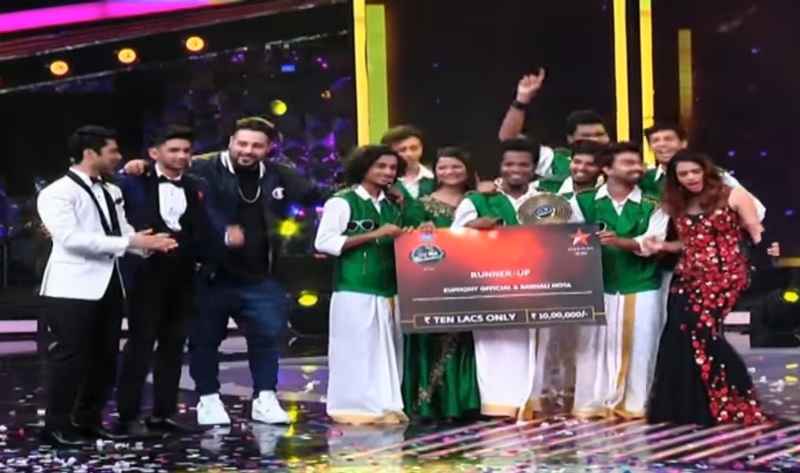 Singing wizard Barnali Hota from Odisha made it big as she along with her band Euphony was declared the first runner-up at the grand finale of the popular music reality show ‘Dil Hai Hindustani’, aired on Star Plus yesterday.

While Haitham Mohammad Rafi bagged the trophy as the winner, Barnali and Euphony band earned the runners up title.

Haitham was awarded Rs 25 lakh cheque and Barnali with the Euphony band received the winning prize of Rs 10 lakh cheque.

Contestants Ankita and Saraswati secured the third spot, Simran Raj was placed in fourth and Ajay & Amritanshu with Nastya secured the fifth position in the show.

The musical journey had started three months ago and concluded yesterday with celebration at grand finale.

Barnali and her band were placed among top 5 finalists, who enthralled the audience and judges — Karan Johar, Badshah, Shalmali Kholgade and Shekhar Ravjiani — with mind blowing performances in previous episodes.

The show witnessed the powerful performance of eminent bollywood faces like Daler Mehendi, Ajay-Atul, Sonakshi Sinha at the grand finale. Even, the judges also perfumed to amuse audience and sing the glory of the three-month journey of the show, which explored the talents from across the globe including US, Russia, Oman.