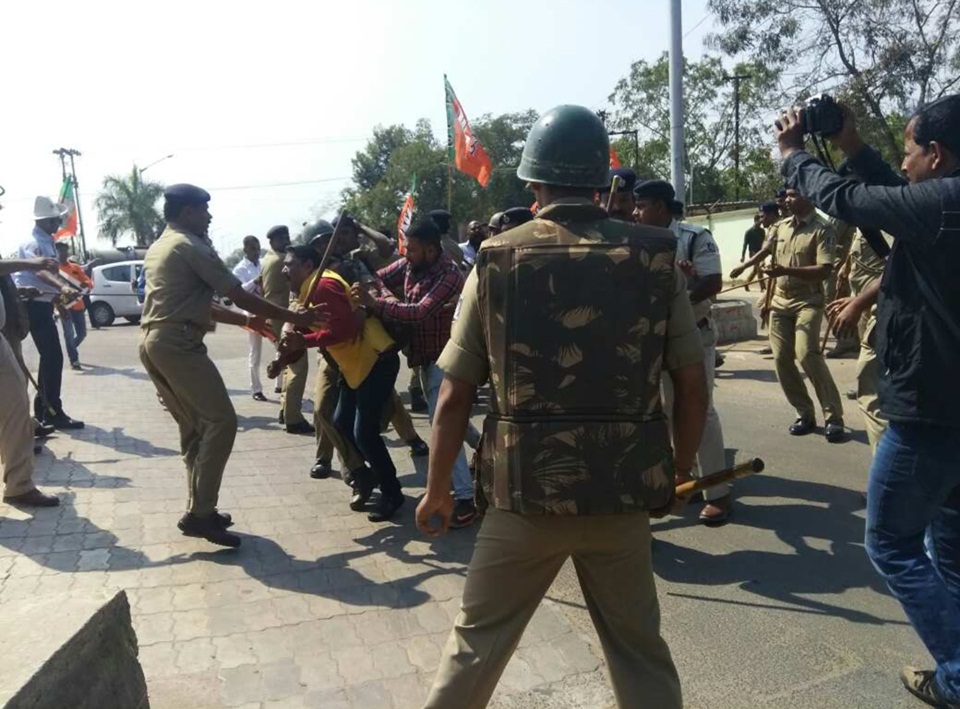 Hundreds of activists of the party took out a mass rally from Ram Mandir Square here and marched towards Naveen Nivas holding banners, party flags and placards. They raised slogans against Patnaik and demanded his resignation over the issue.

A scuffle ensued between them and policemen after they reached near the residence of the Chief Minister and attempted to enter inside it forcefully. Many workers of the saffron party were then detained by police.

It may be recalled here that a minor tribal girl of Sorisapadar village, who was allegedly gang raped by a group of security personnel on October 10 last year when she was returning from Kunduli market near the village in Koraput, committed suicide at her house on January 22. The incident had triggered massive public outrage across the state.