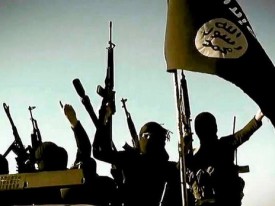 A 32-year-old man who allegedly funded Islamic State (IS) sympathisers in India has been arrested in Kuwait, based on a tip off by the National Investigation Agency (NIA), an officer said on Saturday.

An NIA officer told IANS that Abdullah Hadi Abdul Rahman Al-Enezi was arrested by Kuwait authorities for sending $1,000 to alleged IS recruit Areeb Majeed and his three associates while they were staying in Iraq in May 2014.

Majeed, a resident of Panvel in Maharashtra, left Mumbai along with four friends on May 24, 2014. He returned in November that year and has been in custody since. He is being prosecuted for several offences.

Majeed, a civil engineer by training, was the first Indian graduate from terror group IS’ training school as a fidayeen or suicide bomber.

The arrested IS sympathiser had informed investigators that while he and three other IS sympathisers were in Iraq in early 2014, they had asked their IS handler for some money to go to Syria, following which Al-Enezi sent $ 1,000 to them from Kuwait.

“The NIA had earlier sent a mutual legal assistance request to Kuwait in the Areeb Majeed case in respect of transfer of $1,000 by Kuwaiti national Al-Enezi to him,” the NIA officer said.

The officer said that Kuwait authorities have now arrested Al-Enezi, who has revealed that he had sent the $1,000 to Majeed through Western Union which was later used by him and his three associates to facilitate their travel to Syria.

Al-Enezi informed Kuwaiti authorities that he has been involved in financing of terrorism after his return from Pakistan in 2013, the officer said. He also supported terrorist organisations.

Sources said that an NIA team is likely to travel to Kuwait to question Al-Enezi. (IANS)

Indian carriers to start full services to Dubai from Sunday