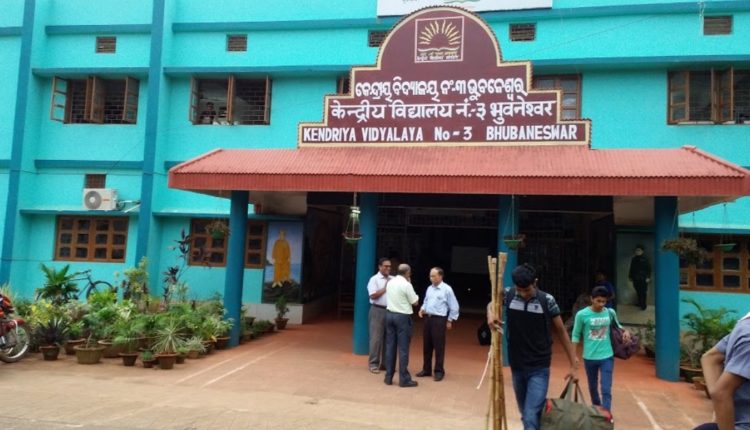 Bhubaneswar: Following protest by parents over harassment by a Kendriya Vidyalaya teacher for which a girl student attempted suicide, the school authorities transferred the Physical Education (PE) teacher with immediate effect.

The Principal of the school was instructed to relieve the woman teacher by yesterday afternoon.

Kendriya Vidyalaya Sangathan (KVS), the concerned authority who manages the functionalities of the KVs, took the decision to transfer the teacher to Jajpur from Bhubaneswar following the pressure mounted due to protest by parents.

All the parents of students of KV-3, located at Gadakan area, had sat on dharna in front of regional office of KVS demanding action against the woman PE teacher, who allegedly harassed and abused a Class 11 girl student during practice session on Friday.

Reportedly, the girl student was thrashed by the teacher in front of other students.

Insulted by the teacher, the student jumped off third floor of the building and sustained severe injuries, reports said.

The condition of the victim is stated to be critical. Currently, the girl is undergoing treatment at ICU of Kalinga Hospital, Bhubaneswar.

The doctors said that the girl has fractures in both of her legs, injuries to chest, head and other parts of body.

Sources said that the woman teacher had been targeting her along with her friends, who had celebrated a birthday outside school during Dussehra. Out of grudge, the PET was mentally harassing her for the celebration.

On Friday afternoon, the teacher scolded and assaulted her physically for no mistake in front of other students following which she attempted extreme step to end her life.