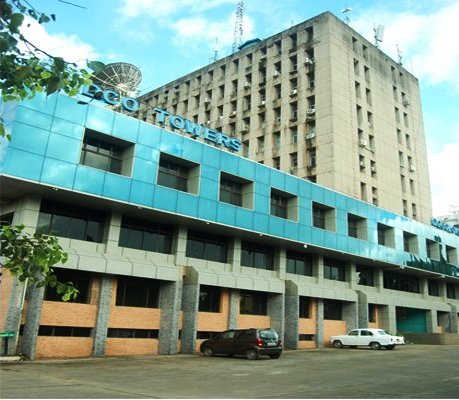 Nobody called him by his full name. He was known everywhere as LN Barik. It was between the years of 1975 and 1977, the Industrial Promotion and Investment Corporation of Odisha Ltd (IPICOL), then under the Chairmanship of Dr. H.P. Mishra, was looking forward to setting up a mineral-based industry in Mayurbhanj. Dr Mishra came to Baripada with a team of officials from IPICOL which included L N Barik, General Manager of the Infrastructure Division of IPICOL, and Akshaya Nanda, Geologist of IPICOL. They were looking for vanadium bearing titaniferous magnetite in the Mayurbhanj district which would have been the raw material source for the ferro-vanadium project.  I was then the Collector, Mayurbhanj. We all travelled to Rairangpur and then to Betjharan hills to locate the mineral belt and land for future project. Subsequently, he came with Prasanna Hota, then Managing Director of IPICOL in connection with  setting-up of an aluminothermic ferro-alloy project close to Rairangpur. It was during these visits that I met Barik for the first time although I had heard about him in glowing terms from Sudhansu Bhusan Mishra,the first MD of IPICOL. I could see in him a sense of commitment and passion to set up industrial projects.

In the early sixties, he was associated with the creation of civil infrastructure in Sunabeda when HAL project was coming up under the dynamic leadership of A P Padhi, a civil engineer of great eminence of that time. It was the first tenure of Biju Patnaik as the Chief Minister of Odisha, the legendary national political icon of India, who knew Barik personally from those days, and had great affection and respect for him as a practical engineer. Biju Patnaik, himself being a great industrialist of the early fifties having set-up many large projects in Odisha understood the importance of timely completion of project. Although Barik was a civil engineer, his interest in establishment of metallurgical projects left a lasting impression with me from the early days of my association with him. I found him very unassuming, simple, humble, polite and down to earth.

In 1980, I was posted as Managing Director of IPICOL when I worked with Barik very closely although  he directly  worked  with Vinod Jha who  served as the MD in charge of infrastructure during the transitional period before the Industrial Infrastructure Development Corporation (IDCO) was created. During this phase, IPICOL had   a magnificent talent pool of senior engineers like Padma Shree, Dr Gopal Mitra, N M Bhuyan and S K Padhi, who all had admiration for Barik for his technical competence and human qualities. Even after establishment of new institution exclusively for the development of the industrial infrastructure, with Vinod Jha as its first MD, for many years there was close cooperation between IPICOL and IDCO as both the institutions were interdependent and intertwined. IPICOL needed IDCO for large industrial projects and IDCO needed IPICOL as a financing institution. No wonder my association with Barik continued, and even increased till I left IPICOL. Before he left he had started the construction of IPICOL House, later completed and expanded by Gopal Mitra. After IDCO was created, IDCO Building was constructed under his supervision which for a long a period was the tallest building in Bhubaneswar. During this close cooperation, I saw his planning skill,technical prowess and execution capability. More particularly, his human resource management was simply outstanding. He maintained excellent relationship with all his colleagues, subordinates, equals, seniors, and particularly with young local entrepreneurs.

Needless to mention that he was one of the leading architects of industrial infrastructure created in the early eighties. Janaki Ballabh Patnaik who was the then Chief Minister had great respect in his executing ability. L.I. Parija, then Secretary, Industry and the Chairman of IDCO had tremendous confidence in his knowledge of civil engineering and as an executing project executive. Barik along with Dinabandhu Mishra, and Haranath Das known those days as “the IDCO trio” under the captainship of Vinod Jha went to explore the possibility of taking up  projects in the Gulf countries during the construction boom of eighties in the region. Jha, as the founding chief executive of IDCO and LN Barik as his principal engineering executive created an exciting atmosphere for small and medium industries with construction of industrial estates in different parts of Odisha.

Later, Barik was associated with the construction of Indira Gandhi park in front of the secretariat and installation of the statue of Indira Gandhi which came all the way from the Soviet Union by Aeroflot. Till then the space was being used as the parade ground and served as a place for public meetings. In fact, that was the place where Indira Gandhi had given her last address. For emotional and historical reason, the Chief Minister, J B Patnaik had always thought of converting the place into a public park in her name. Due to trust LN Barik enjoyed all around, no wonder he was associated with that work.

In the early nineties he served as the Chief of IDCO and played a big role in identifying and acquiring land for future steel plant along with S K Padhi, then MD IPICOL, M Y Rao, Steel and Mines,  and Chairman IPICOL and Mohan Kumar, MD, IPICOL which ultimately paved the way for the Kalinganagar steel complex.

Even after his retirement as a public servant he continued with his inexorable zeal and indefatigable energy in the engineering construction whether industrial buildings, real estates, or other construction activity, private or public. Barik was not only a great professional but a magnificent human being. He was always available to assist anyone, rich or poor, high or low, old or young, whether at night or day, at any time.

In his exit from this mundane world, the Odisha State has lost an iconic professional, the technical world a great engineer, and the civil society a self-less human being. May his noble soul rest in peace in Heavenly abode.

Patanjali’s Corona cure: All you need to know about Coronil, its price & dosage

All train tickets booked on or before April 14 cancelled

Withdrawal of farms Laws: Who will be held responsible for death of 700 farmers?

End of a bright career: A tribute to RN Das

Kailash Chandra Mohapatra: The man who had greatest impact…