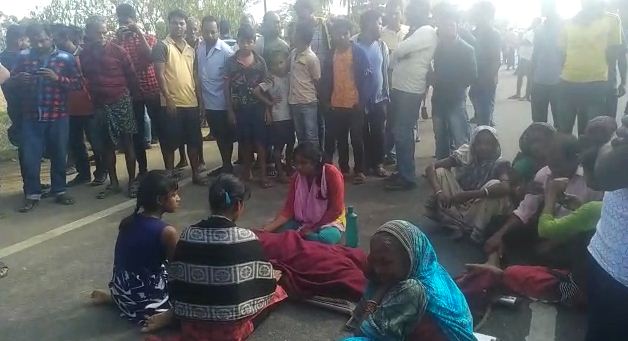 Cuttack: In a tragic incident, a labourer was electrocuted after coming in contact with an 11 KV wire during construction work of a house near Janhia Chhak under Salepur police limits in Odisha’s Cuttack district, today.

The deceased has been identified as Alok Samal of Kalyanpur village under Nischintakoili block in the district. The mishap took place when he was working atop the roof of the under-construction house and came in contact with the electrically charged wire.

Locals blocked road at Janhia Chhak placing the body on road and demanded compensation for the family of the deceased. Vehicular movement was affected due to the road blockade as hundreds of vehicles remained stranded on both sides of the road.

Later, police reached the spot and tried to pacify the locals.