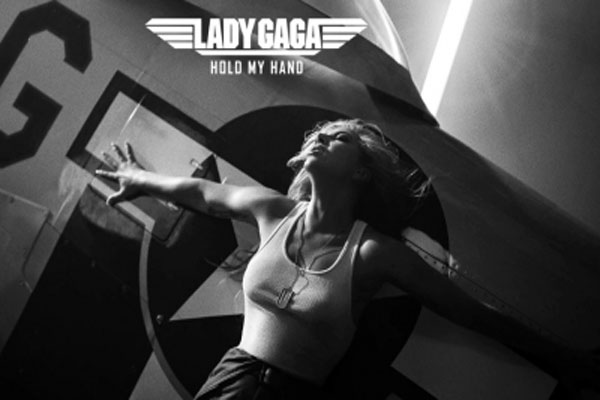 Los Angeles: Ahead of the release of the Tom Cruise-starrer action drama ‘Top Gun: Maverick’, Lady Gaga has released a new song titled ‘Hold My Hand’ from the film, which is set to bow in theatres on May 27, reports ‘Variety’.

As per ‘Variety’, ‘Hold My Hand’, produced by Gaga and BloodPop, with additional production by Benjamin Rice, is a rock tune with violins and guitar licks that hark back to the power ballads of the ’80s. The song, which plays over the end credits, has already stirred buzz as a possible best original song contender for Gaga following the film’s CinemaCon screening in Las Vegas.

In her Instagram post, Gaga expressed her feelings for the track and its journey, “I didn’t even realize the multiple layers it spanned across the film’s heart, my own psyche, and the nature of the world we’ve been living in. I’ve been working on it for years, perfecting it, trying to make it ours. I wanted to make music into a song where we share our deep need to both be understood and try to understand each other, a longing to be close when we feel so far away and an ability to celebrate life’s heroes.”

Gaga also thanked Tom Cruise and composer Hans Zimmer. She wrote, “I’m so grateful to Tom and Hans and Joe for this opportunity and it’s been a beautiful experience working with them. Me, BloodPop, Ben Rice and everyone else who worked on it with us are so excited to share it with you.”

The film’s score is a collaboration of composers including Harold Faltermeyer and Academy Award winner Hans Zimmer. Lorne Balfe who worked on ‘Mission Impossible: Fallout’ also worked on the film’s score.