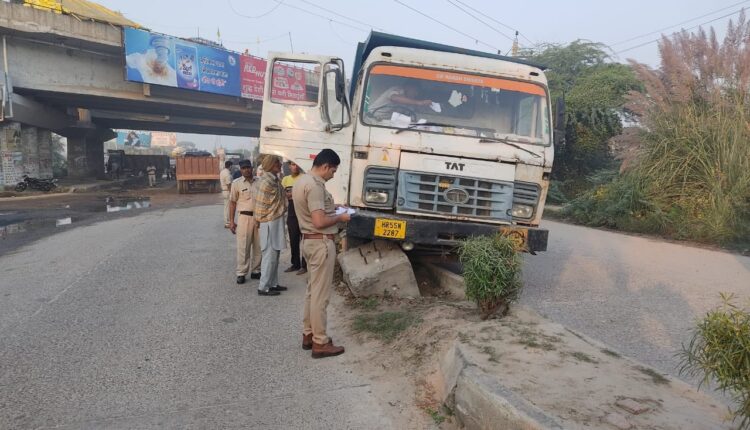 Delhi: Barely three weeks after four farmers were mowed down by a vehicle during protest in Lakhimpur Kheri district of Uttar Pradesh, a similar kind of incident occurred in Haryana killing three women farmers today.

According to reports, three women farmers were run over by a speeding truck near farmers’ protest site on Delhi-Haryana border.

Reportedly, a truck rammed into a group of women while they were waiting for an autorickshaw to return to their village in Mansa district in Punjab.

The victims have been identified as Amarjeet Kaur, Gurmail Kaur and Harsinder Kaur.

According to local media reports, the incident occurred around 6.00 AM when as many as seven women farmers were sitting on a median and waiting for an autorickshaw to go to the railway station.

A tipper carrying dust allegedly ran over the group of women farmers. Two died on the spot and another succumbed to injuries on the way to a hospital in Rohtak. Two other women who sustained injuries have been identified as Gurmel Kaur and Harmeet Kaur.

The truck driver abandoned the vehicle and fled the scene.

The incident took place near Tikri border where farmers from Punjab, Haryana have been sitting at Delhi’s borders for nearly 11 months demanding the repeal of the three farm laws.