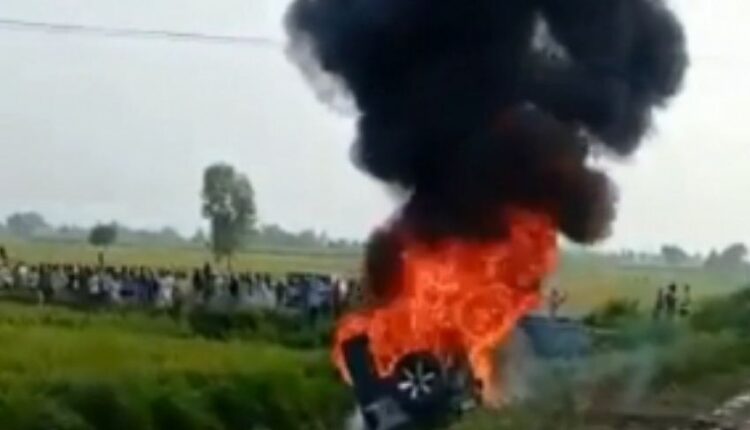 Mumbai: In a significant development, the ruling Maha Vikas Aghadi allies Shiv Sena-Nationalist Congress Party-Congress have called for ‘Maharashtra Bandh’ on Monday (October 11) to protest against the killing of eight persons, including four farmers, in Lakhimpur Kheri in Uttar Pradesh on October 3.

In another rare gesture, the state Cabinet, presided over by Chief Minister Uddhav Thackeray, observed two minutes’ silence and passed a unanimous resolution condoling the farmers’ deaths, expressing its anguish over the incident.

The MVA strongly condemned the Lakhimpur Kheri development and accused the BJP-led governments at the Centre and in Uttar Pradesh for the “oppression and misuse of power”, and expressed the state government’s support for the farmers’ agitation.

Senior MVA ministers like Eknath Shinde (SS), Jayant Patil (NCP) and Balasaheb Thorat (Congress) briefed the media on the proposed ‘Maharashtra Bandh’, and said that all essential services will be kept out of its purview.

Earlier, NCP President Sharad Pawar had warned that the BJP would have to pay “a heavy price” for the brutal attack on farmers, and reiterated that the country’s entire opposition is with the peasantry.

“The responsibility for this lies with the BJP governments at the Centre and in UP. A similar situation was created in Jallianwala Bagh, we are witnessing the same scenario in UP now. The people will show them their place,” said Pawar.

He said a senior Congress leader has been illegally arrested by the UP government and other opposition leaders are barred from meeting the farmers or their families.

Flaying the BJP for the farmers’ deaths, Maharashtra Congress President Nana Patole said that the UP and Central governments are “scared” of the Gandhi siblings.

He demanded the dismissal of the government of Prime Minister Narendra Modi at the Centre and Chief Minister Yogi Adityanath in UP for the deaths of eight persons, including four farmers.