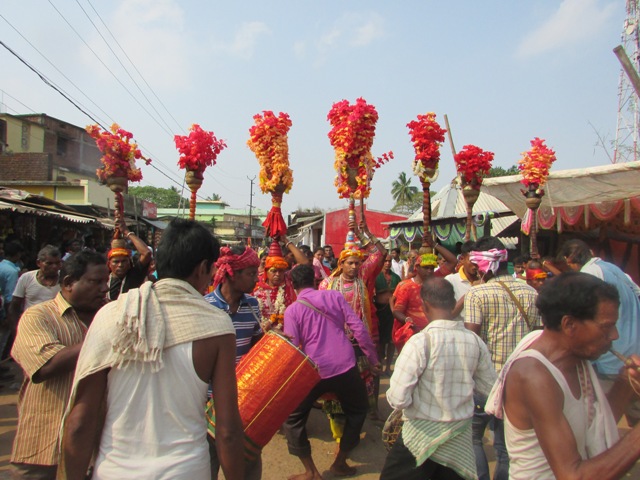 As per the temple rituals, goddess Mangala took holy bath (Marjana) by the servitors at around 3.00 am and the devotees were allowed to have darshan at 4.00 am.

The devotees from Jhankada Sharala shrine performed a special dance known as ‘Patua’ at Goddess Mangala temple after collecting water from Prachi River. The devotees walked on fire spread on a long channel on bare foot in front of the temple.

Notably, Jhamu Jatra is celebrated on first Tuesday of Vaishakh month (according to Hindu calendar on basis of Purnima). It is a popular festival of Goddess Mangala when the devotees walk on the fire on bare foot with a hope to get their wishes fulfilled and to get blessings from the deity.

It is the strong faith on the goddess that the devotees are unhurt while performing the risky custom.