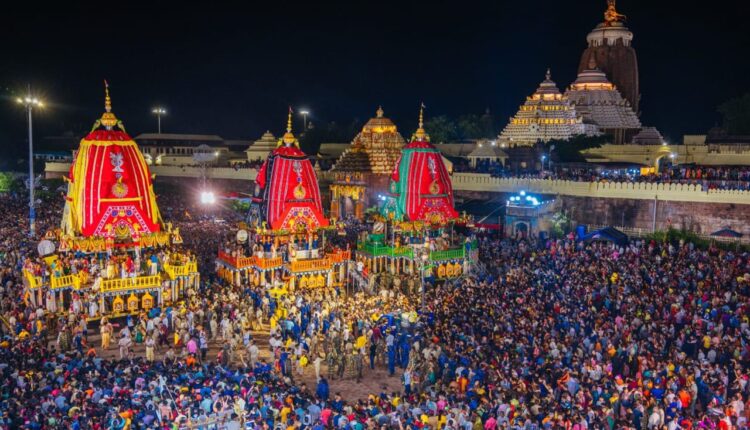 Puri: Lakhs of devotees thronged pilgrim town of Puri today to witness the Suna Besha of Lord Jagannath and His siblings Lord Balabhadra and Devi Subhadra in front of the Srimandir here.

The deities donned various types of gold ornaments on their respective chariots as the Daitapati servitors carried out the rituals.

The Suna Besha ritual is held once a year outside the sanctum sanctorum of Srimandir.

After returning from the Gundicha Temple post nine-day sojourn during Ratha Jatra, the deities are decorated with various types of gold ornaments by the servitors.

Here are the details of types of golden ornaments used during Suna Besha: