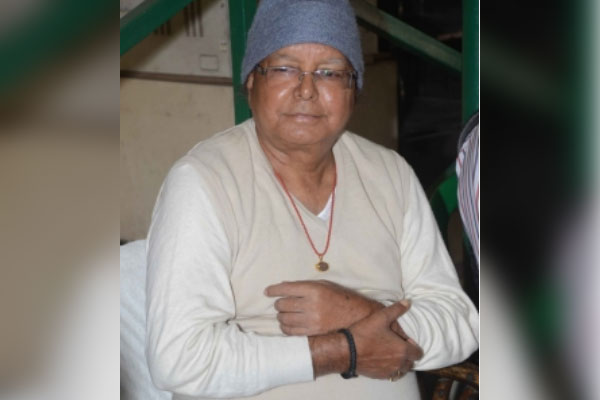 “Lalu Prasad is likely to be shifted to AIIMS. At the directive of the jail administration, an eight-member team was constituted by the Rajendra Institute of Medical Sciences (RIMS) to look into the health condition of Lalu Prasad. After reviewing the condition, the team has decided to shift him to AIIMS, New Delhi for better treatment,” a source in RIMS said.

The Jharkhand jail administration has also given its nod to shift Prasad to AIIMS. Sources in RIMS said he could be shifted to AIIMS as soon as the air ambulance is available, on Saturday evening.

Several diagnostic tests — including ECO, ECG, ultrasound, KUBP and HRCT — were conducted on Prasad on Friday. Except pneumonia, the other test reports are normal, added the source. RIMS sources said the extent of pneumonia and lung infection will be ascertained after two other test reports that are awaited.

“There is swelling on the face of Lalu Yadav. I will stay in Ranchi till all test reports come. He has become weak,” said Tejaswhi had told reporters on Friday.

Yadav was convicted and awarded up to 14 years jail in four fodder scam cases. He has been staying in the paying ward of RIMS for the last 29 months. He was shifted to the RIMS director’s bungalow on August 5 owing to fears of a Covid-19 infection.

Subsequently, he was shifted back to the ward after audio in which he was allegedly enticing a BJP legislator went viral.