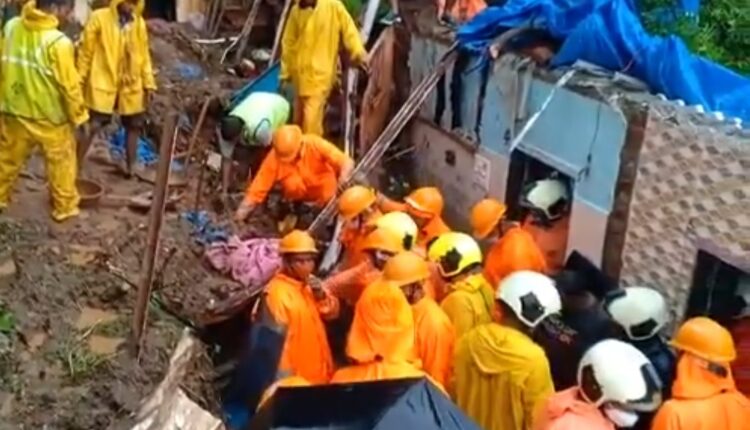 Mumbai: At least 10 persons were killed and another six trapped in a landslide at Vashi Naka’s New Bharat Nagar in Chembur on Sunday as torrential rains pounded the city, officials said here.

According to the NDRF and BMC, the landslide which occurred at around 1 a.m., crushed four to five hutments in the area.

The NDRF and other teams which rushed there for rescue operations, have retrieved at least 10 bodies so far.

Another six to seven people are feared trapped under the mounds of earth and efforts are underway to rescue them.