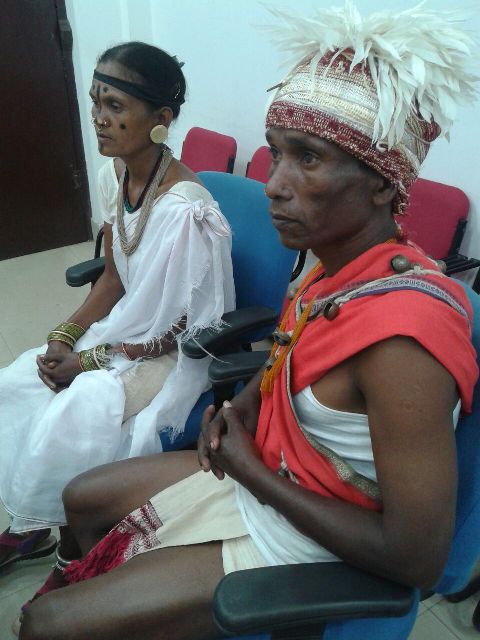 Gajapati: A couple belonging to Lanjia Saura tribal community in the remote Odisha village has flown to New Delhi to witness the Republic Day parade in the national capital tomorrow.

The tribal couple Sania Mandal and Sebani Rait of Serang village in Gajapati district was among the tribal guests from across the country invited by the Ministry of Tribal Affairs for the Republic Day parade this year.

Dressed in their traditional outfit and accessories, the couple have reached New Delhi yesterday. They are scheduled to meet President of India Ram Nath Kovind, Vice President Venkaiah Naidu and Prime Minister Narendra Modi after parade on Republic Day.

The tribal couple is excited to witness the parade in VIP Gallery and to meet President, Vice President and PM in New Delhi. They will seek assistance for their village during meeting with PM Modi.

Man with leprosy brutally killed for touching centring in Odisha