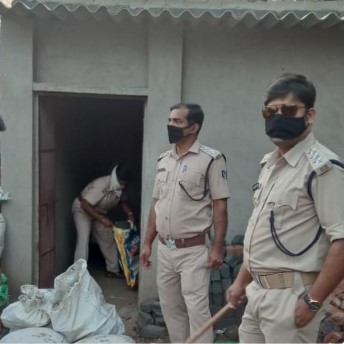 Rourkela: Excise officials seized a large quantity of liquor in Rourkela and arrested one person in this connection today.

The arrested person was identified as Rajesh Choudhary(27), a resident of Sec-6 in Rourkela.

Acting on a tip-off, a joint team of the Sambalpur Excise Intelligence and Rourkela Excise conducted raid at a place in Rourkela.

During the raid, 96 bottles of liquor and 727 litres of country-made liquor were seized.

Woman hangs self; in-laws make video and share it on social media