Last rites of monkey performed in Odisha akin to humans 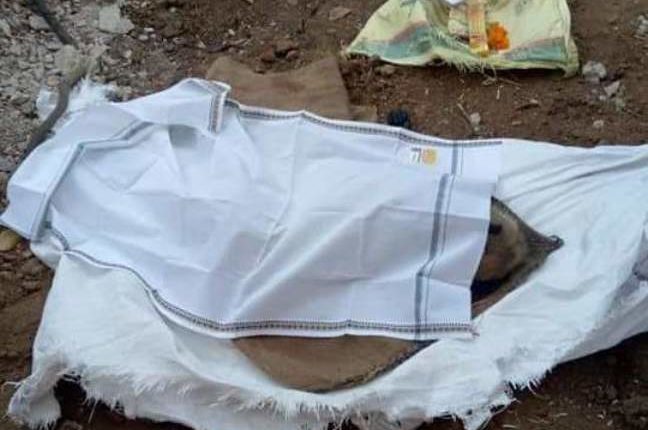 Nuapada: Setting a rare example to spread love for wildlife, a Hindu organisation performed funeral of a monkey, who died in a road accident, akin to humans in Odisha’s Nuapada district.

According to reports, a monkey was battling for life after being hit by an unknown vehicle on the Biju Expressway near Agriculture Office under Nuapada Block on December 24. It sustained grievous injuries in the mishap. A member of Gau Rakhsyak Samiti, a cow protection wing of Viswa Hindu Parishad (VHP), namely Malay Ranjan Mandal came forward to help the animal after finding it in critical condition on the road.

Mandal immediately informed Nuapada Forest department and veterinary about the incident. On receiving information, the forest officials rescued the injured monkey and rushed to a veterinary for treatment. However, the vets failed to save its life despite efforts and the monkey succumbed yesterday.

Following its death, the VHP’s cow protection wing decided to honour the monkey by performing funeral rites as per Hindu tradition.

The body of monkey was covered with a white cotton and buried on premises of the forest office in presence of Nuapada Forester Kandarp Sunani and veterinarian Babul Khan.