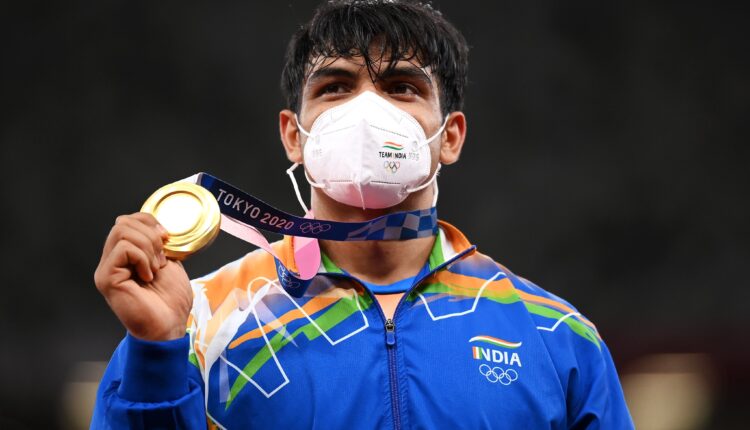 Mumbai: The gold medal at the Tokyo Olympics javelin throw competition has propelled India’s Neeraj Chopra to move up 14 places to second place in the latest World Athletics Rankings, updated every Wednesday.

Chopra, who decimated all the competition in Tokyo to win gold with a throw of 87.58 metres on Saturday, is ranked second at 1395 points behind Johannes Vetter of Germany. Vetter, the top-ranked German with 1396 points, failed spectacularly in the final at Tokyo and finished ninth.

Po’and’s Marcin Krukowski is third with 1302 points while Jakub Vadlejch of the Czech Republic, who won the silver medal in Tokyo, is fourth with 1298 points. Julian Weber of Germany is seated in fifth place with 1291 points.

Chopra is the first Indian to win a gold medal in athletics and only the second Indian after shooter Abhinav Bindra, to win an individual gold medal at the Olympics.

Before the start of the Olympics, Chopra had said that it is the performance on the day that matters more than the World Rankings. He went to prove that by winning the gold medal ahead of those occupying higher positions in the rankings.

Chopra is currently on a break and will hope to make it to the Diamond League Finals when he returns to the circuit. He had taken part in four events abroad before the Olympics, with the 88.07 metres he achieved in Patiala in March this year to break his own National Record being his season-best effort.

The target now for Chopra is to cross the 90-metre mark to cement his place as the dominant force in Javelin throw over the next few years.

Sri Lanka Cricket made huge sums of money from India series; here’s how much they earned