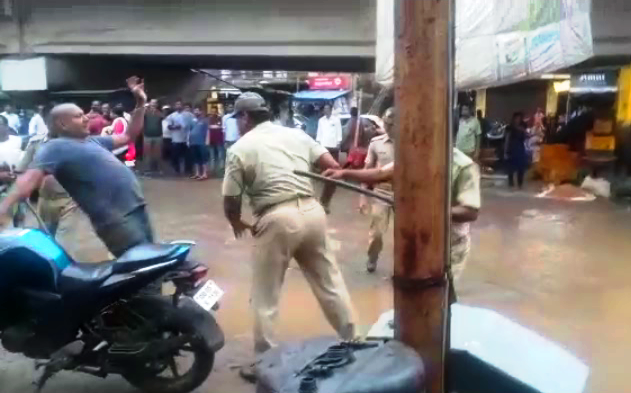 Cuttack: Tension prevailed in Chauliaganj here last night after a lawyer was attacked by a few police officials following a verbal duel near Nua Bazaar bridge here earlier in the day.

Protesting the incident, over a hundred lawyers gheraoed the Chauliaganj police station last night demanding action against the cops involved in the attack.

The lawyer, who had sustained critical injuries in the attack, was later admitted to the SCB Medical College and Hospital here for treatment.

Meanwhile, the High Court Bar Association resorted to a cease-work agitation from today as a a mark of protest. The body will hold its next meeting tomorrow to decide future course of action.