Leaflets circulated by Odisha govt give misleading information on Gandhiji

Bhubaneswar: The School and Mass Education department has landed in trouble for allegedly providing misleading information about Father of the Nation, Mahatma Gandhi in leaflets circulated in schools across Odisha.

Lohia Academy and Rashtriya Yuva Sangathan today opposed the misinformation about Gandhiji in the leaflets. Also, they demanded action against persons responsible for spreading the wrong information.

The department had circulated the leaflets at schools as part of Gandhiji’s 150th Birth Anniversary celebration. It is stated in the leaflet that Mahatma Gandhi died suddenly on January 30, 1948. 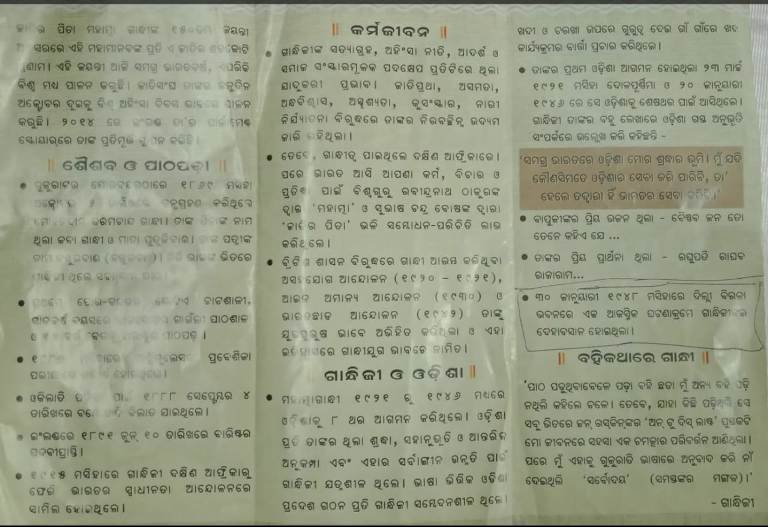 “There has been no mention about Gandhiji’s assassination in the leaflet. This shows the information has been presented in wrongly and a misleading way,” said a social activist.

At a time when the State government is planning to celebrate Gandhiji’s 150th Birth Anniversary in a big way, this misinformation sends a wrong message to the society, expressed another social activist.